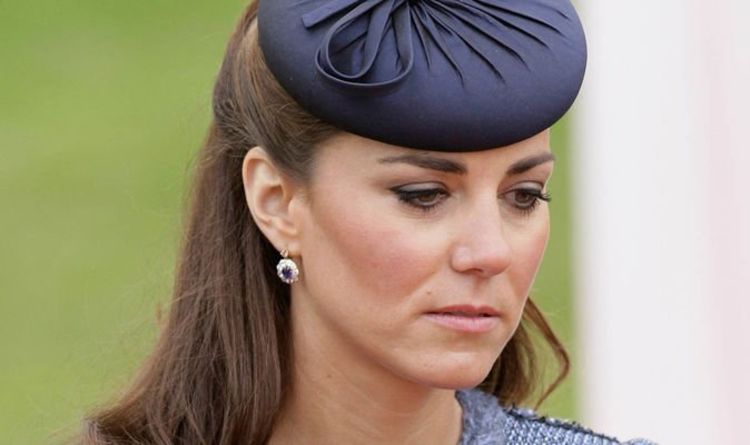 Kate was a victim of the relentless and “intrusive” attention of paparazzi when she was still Prince William’s girlfriend, it has been claimed. And, in one particularly upsetting episode, she was even chased late at night by photographers in a car, according to one of her friends.

Opening up on what happened, the friend claimed Kate found it “terrifying”.

Publicly describing the episode for the first time, the Sunday Times royal editor Roya Nikkhah wrote: “A friend tells me Kate was even chased late at night by several men in a car.”

The expert recalled how paparazzi were camping outside of Kate’s flat in Chelsea, which she shared with her sister Pippa Middleton, and chasing her down the street during the decade before her royal nuptials.

Photographers, she added, even followed the now-Duchess down the street when she was taking a break to buy lunch while working as an accessories buyer for the fashion label Jigsaw.

Kate, Ms Nikkhah added, was “on her own” until Prince William proposed, as she was not entitled to the royal police protection unless she became a royal fiancée.

This unwanted attention went on for years, even after Kate left her job at Jigsaw – which had become too difficult due to the constant presence of paparazzi.

The Duchess worked for this fashion label between 2006 and 2007.

She then joined Party Pieces, her family’s party planning business.

A former royal aide praised the Duchess for how she handled the pressure.

They told the Sunday Times magazine: “It was constant. She coped with it admirably, given how intrusive it was.

“It was never water off a duck’s back, but she has extraordinary strength of character and resilience.

“I’ve never once seen or heard of her losing her temper.

“She went into it with her eyes wide open and her brain engaged.

“She is a sound, grounded person who knows herself well.”

Prince William proposed to Kate in late 2010 and the couple tied the knot during a fairytale ceremony at Westminster Abbey in 2011.

The Duke and Duchess of Cambridge spent their first years as a married couple in Anglesey, where William was working as a member of the RAF Search and Rescue team.

They later relocated to Norfolk after the Duke landed a role as helicopter pilot at the East Anglia Air Ambulance.

Meanwhile, Kate learned the ropes of her royal job, started acquiring royal patronages and set the foundation of her work in various fields, including early childhood and mental health.

These three photographs, two in black-and-white and a coloured one, will enter the permanent collection of the National Portrait Gallery, of which Kate is patron.

They will also be included in the gallery’s nationwide ‘Coming Home’ exhibition, which will see the portraits being shown in the community in three very meaningful places for the Duchess: Berkshire, St Andrews, and Anglesey.

The stunning portraits were taken by photographer Paolo Roversi, who called taking these pictures a “true honour”.

He added: “I was moved by her warmth and friendly welcome and enchanted by her shining eyes that reflected the loveliness of her soul and her smile showing the generosity of her heart.

“It was a profound and rich experience for me, an unforgettable moment.

“I have met a wonderful person, a person who, with her positive energy, can bring hope to the whole world.”