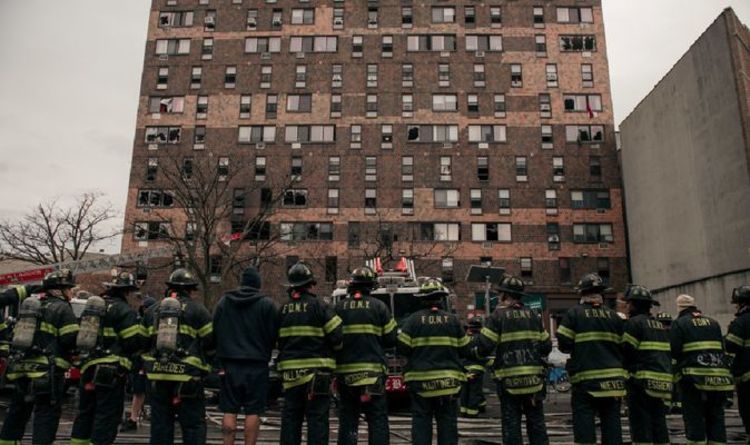 An apartment building was engulfed in flames in the US city today, on Sunday. Along with the 19 who died, a further 32 people were sent to hospital. Several of these people remain in a critical condition, according to Eric Adams, Mayor of New York.

Mr Adams added that it was one of the worst blazes of modern times.

He said: “The numbers are horrific. This is a horrific, painful moment for the city of New York.

“The impact of this fire is going to really bring a level of pain and despair in our city.

“This is going to be one of the worst fires that we have witnessed during modern times.”

The fire occurred in an apartment block in the Bronx borough of the city.

It is a 19-storey building known as Twin Parks.

Around 200 members of the Fire Department of New York operated at the scene.

The fire is reported to have started not long before 11am in a duplex on the second and third floors.

Smoke spread throughout the building, possibly because the door to the apartment had been left open.

Mr Nigro said, quoted in the Guardian, said firefighters “found victims on every floor in stairwells and were taking them out in respiratory and cardiac arrest”.

He added: “That is unprecedented in our city.”