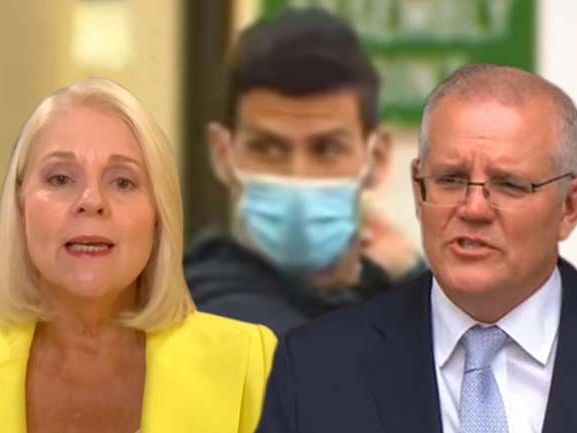 It highlights the dangers of ministers and prime ministers becoming involved in individual visa decisions for purely political purposes.

But how did it come to this?

The origins of this issue go back to late October/early November when Tennis Australia and the Commonwealth Department of Health were discussing how international tennis players who had not been vaccinated could demonstrate a medical exemption, particularly on the grounds of having had COVID-19 in the previous six months.

Those interactions appear to have been sufficiently ambiguous for Tennis Australia to write on 10 November 2021 to the co-chairs of the Australian Technical Advisory Group on Immunisation (ATAGI).

Ahead of receiving a response from ATAGI, Djokovic applied for and obtained a sub-class 408 visa on 18 November 2021. A number of other international tennis players in a situation similar to Djokovic also appear to have been granted a visa.

Djokovic’s lawyers argue, correctly in my view, that the visa granted to Djokovic had no legal conditions on it regarding his vaccination status. This means that in granting the visa, the Department of Home Affairs accepted that Djokovic met the requirements of Public Interest Criterion 4005/4007 that he did not represent a risk to public health in Australia.

On 29 November 2021, the Commonwealth Minister for Health wrote to Tennis Australia, on behalf of ATAGI, advising that ‘people must be fully vaccinated, as defined by the ATAGI, to gain quarantine-free entry into Australia’.

This letter goes onto say that ‘people who contracted COVID-19 within the past six months and seek to enter Australia from overseas and have not received two doses of a TGA-approved or TGA-recognised vaccine are not considered fully vaccinated’.

According to the Minister, the exemption for people who have had COVID-19 in the last six months is only available for domestic purposes — it does not apply to international travellers.

There are, however, two issues that arise with this proposition.

Firstly, Djokovic’s lawyers have argued there is no such distinction in the ATAGI guidelines, which have not been updated since 26 November 2021.

Secondly, if that was indeed the Government’s position, why didn’t Australian Border Force (ABF) act immediately to contact the international tennis players to whom it had granted visas to check they had been fully vaccinated.

That would apply particularly to Djokovic given his well-known anti-vaccination stance.

At a minimum, ABF should have placed Djokovic on the Movement Alert List to enable it to act if Djokovic sought to board a plane to Australia.

Djokovic’s lawyers claim that he tested positive for COVID-19 on 16 December 2021 and that this is attested by the relevant Serbian health authorities.

It is difficult to verify the veracity of this claim but there are pictures of Djokovic in public the following day mixing with people when he presumably should have been isolating — but that may just indicate Djokovic’s cavalier attitude to COVID-19.

Nevertheless, it appears that it was on the basis of having tested positive for COVID-19 that a panel of medical experts convened by Tennis Australia considered the medical exemption case for a number of international tennis players, without access to their names or other identifying information. This panel granted exemptions in some cases and not others.

Djokovic was amongst those granted an exemption.

Another independent panel of medical experts convened by the Victorian Government confirmed the Djokovic exemption, apparently based on the ATAGI guidelines.

Djokovic was informed of this exemption on 30 December 2021.

On 1 January 2021, Djokovic’s lawyers allege he received an assessment of his Australian Travel Declaration stating that ‘[his] Australia Travel Declaration [had] been assessed’ and that ‘[his] responses indicate[d] that [he met] the requirements for a quarantine-free arrival into Australia where permitted by the jurisdiction of your arrival’, that jurisdiction being Victoria.

During late 2021 and early 2022, it is reported that a number of other international tennis players with similar exemptions arrived in Australia and were allowed to enter without their visas being cancelled at that time.

Apparently, the exemption granted by the Victorian Government was adequate in these cases for Australian Border Force to permit entry.

When Djokovic announced on 4 January 2021 on social media that he had an exemption to travel to Australia, there was an outcry in the Australian public.

On the same day (5 January 2021), Home Affairs Minister Karen Andrews said that Australian Border Force was examining Djokovic’s Australian Travel Declaration and that ‘if an arriving individual is not vaccinated, they must provide acceptable proof that they cannot be vaccinated for medical reasons to be able to access the same travel arrangement as fully vaccinated travellers’.

Perhaps sensing a political opportunity at a time he was under extreme pressure on his government’s approach to Rapid Antigen Tests, the Prime Minister quickly chimed in.

He said Djokovic would need to provide acceptable proof that he cannot be vaccinated for medical reasons:

“We await his presentation and what evidence he provides us to support that. If that evidence is insufficient, then he won’t be treated any different to anyone else and he’ll be on the next plane home.”

But that was after a number of international tennis players, apparently in a very similar situation, had indeed been treated differently and allowed into Australia.

It seems that rules can change on the say so of the Prime Minister.

This was around the same time as Djokovic was boarding a plane to Australia.

Rather than ask him questions about his vaccination status and medical exemptions before he boarded the plane, as Tennis Australia was pleading for, Australian Border Force let him board just as it had done with a number of other international tennis players with similar exemptions.

Unlike other tennis players in a similar situation, Australian Border Force stopped Djokovic at Melbourne Airport at around midnight on 6 January.

It decided the medical exemption he held was inadequate and cancelled his visa because he represented a threat to public health in Australia. Note he had been given a visa where the Australian Government had previously decided he did not represent a public health threat to Australia as per Public Interest Criterion 4005/4007.

Retrospectively, Australian Border Force has started to cancel the visas of the other international tennis players it allowed to enter prior to cancelling Djokovic’s visa.

But the crucial question is whether Australian Border Force would have cancelled Djokovic’s visa if Andrews and Morrison had not made their public comments following the outcry in the Australian public.

Even more fundamentally, the Australian Border Force will know that as international movements rise, checking vaccination status solely at the airport will become unsustainable. Our airports would be in chaos and the costs to the taxpayer would mount rapidly.

The Government needs to go back to the long-standing visa design principle of checking the maximum number of factors, including vaccination status while we have COVID-19, prior to visa grant, not at the airport.