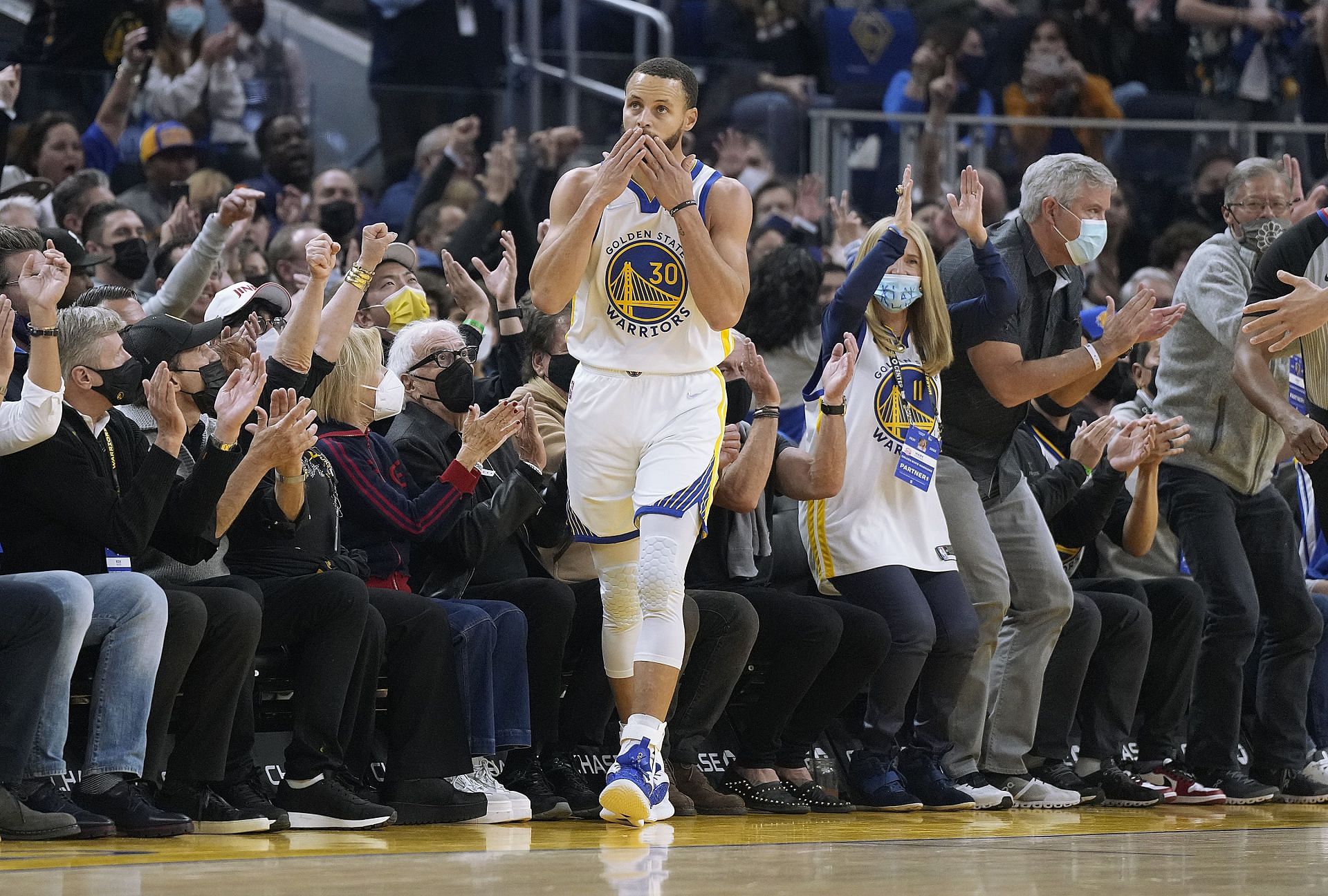 Steph Curry has his ‘Splash Brother’ Klay Thompson back on the court now. Thompson made his return to competitive NBA basketball on Sunday night at the Chase Center for the Golden State Warriors against the Cleveland Cavaliers.

The Warriors trounced the Cavs 96-82 in front of their home fans on the night. It was an emotional night for everyone as Thompson played his first NBA game since getting injured in Game 6 of the 2019 NBA Finals.

Thompson put up 17 points in nearly 20 minutes of basketball action, while backcourt partner Steph Curry had 28 points on 10-of-21 shooting. The duo are widely considered the greatest backcourt pairing of all-time, given their devastating long-range shooting and ability to create space for teammates.

Curry acknowledged the positive effect playing alongside Klay Thompson has on his game. He told the media in his post-game remarks:

“Shooting the basketball is what we do. The work that we put in since he got here, the level of inspiration we both have for each other and the internal competition – help me get to that point throughout my career… I’m not the shooter I am if I don’t get to see Klay every single day do what he does.”

“He keeps you sharp, and you understand like, if I want to shoot the ball the way I want to, there’s another guy who can do it to.”

Thompson played for 19:55 to be precise in the Golden State Warriors’ win over the Cleveland Cavaliers. In the limited time he spent on the floor, he still managed to take 18 shot attempts to get to his 17 points.

When asked about Thompson’s prolific shooting despite his restricted minutes, Steph Curry said:

“That is so Klay Thompson… I think it was a little bit more. I didn’t think it was a shot-a-minute… The funny part is that coach had to mention it before the game, ‘Don’t feel like you have to force feed him because he will find his shots.’ He definitely did not disappoint on that front.”

Ultimately, this was a special night for Steph Curry and Golden State Warriors fans around the world. Everyone was delighted by Thompson’s return to basketball. Warriors head coach Steve Kerr explained why people feel happy for Thompson when he said:

“Everybody connects with him because he’s just authentic. He’s just Klay. Klay is Klay, and everybody loves that.”

Steve Kerr on why fans feel so connected to Klay Thompson:

“Everybody connects with him because he’s just authentic. He’s just Klay. Klay is Klay, and everybody loves that.”

Steve Kerr on why fans feel so connected to Klay Thompson:“Everybody connects with him because he’s just authentic. He’s just Klay. Klay is Klay, and everybody loves that.”

Klay Thompson is likely to feature more as the season progresses, starting with the Warriors’ next game against the Memphis Grizzlies.