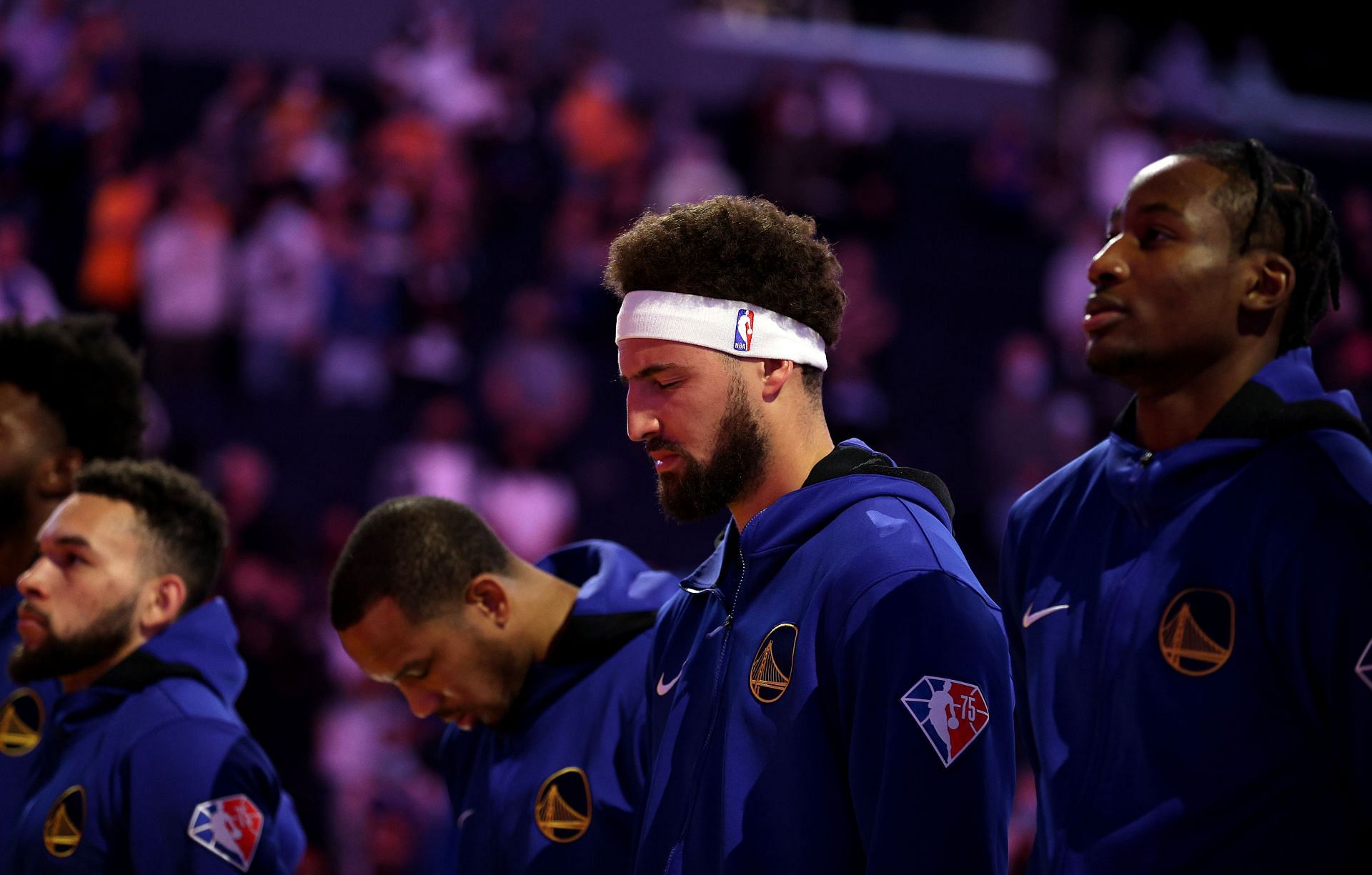 Five-time All-Star Klay Thompson made his much-awaited return to NBA action against the Cleveland Cavaliers on Sunday night. Klay made a comeback after missing two back-to-back seasons due to a knee injury and a ruptured right Achilles tendon. Over those two seasons, the Warriors lost Kevin Durant and could not make the playoffs in either.

Warriors coach Steve Kerr on Klay Thompson’s debut: “He wasn’t shy, not that we expected him to be.”

Warriors coach Steve Kerr on Klay Thompson’s debut: “He wasn’t shy, not that we expected him to be.” https://t.co/S5CdZz5zSq

“He [Klay] wasn’t shy, was he? Not that we would ever expect Klay to be shy. I was amazed with his poise out there, his confidence, after being out for so long.”

Shooting guard Klay Thompson did not waste any time making his first bucket. Early in the first quarter, Andrew Wiggins passed the ball to Klay at the top of the key, who drove to the basket to shoot a floater. Steve Kerr pointed out what he had in mind for Klay, saying:

“I drew the first play, not for him, but for him to catch it and move it on. I should have known better. He just caught it and drove and scored. It was a phenomenal moment.”

The Warriors’ fans were ecstatic with Kley returning to action. The Warriors franchise put on quite a show to welcome him back, including an introductory video. Seeing Klay Thompson, a championship winner, on the floor after two whole seasons must have been truly special for the Warriors’ fans. Steve Kerr was also moved by the welcome and said:

Late in the second quarter, Klay got the fans off their feet again with a poster dunk on Darius Garland. He crossed Jarrett Allen and then drove down the center with authority. Throughout the game, Klay made seven field goals, shooting 38.9% from the field. His 17 points included three shots from behind the arc on eight attempts. Another takeaway from the game was Klay’s fearlessness, as he took on the opposition’s big men on a number of trips down the court.

KLAY WITH THE CROSS AND THE POSTER 🤯

KLAY WITH THE CROSS AND THE POSTER 🤯HE’S REALLY BACK‼️ https://t.co/qZxT0xJ2Ri

Klay Thompson’s return also seemed to lift Steph Curry’s morale, as he snapped a two-game cold streak. Steph Curry played 37 minutes, recording 28 points, 5 rebounds and 5 assists. Curry was red-hot in the first quarter, shooting four of five from beyond the arc. The Warriors won the game by a convincing 14-point margin, giving them their 30th win of the season.

The Golden State Warriors are currently first in the Western Conference standings. With the return of Klay Thompson, a proven scorer, it is safe to say that they have been further bolstered. The Warriors will play the Memphis Grizzlies in their next fixture, marking the start of a four-game road trip. Klay’s return will be really helpful as the Warriors face off against the Milwaukee Bucks and Chicago Bulls after the Grizzlies.