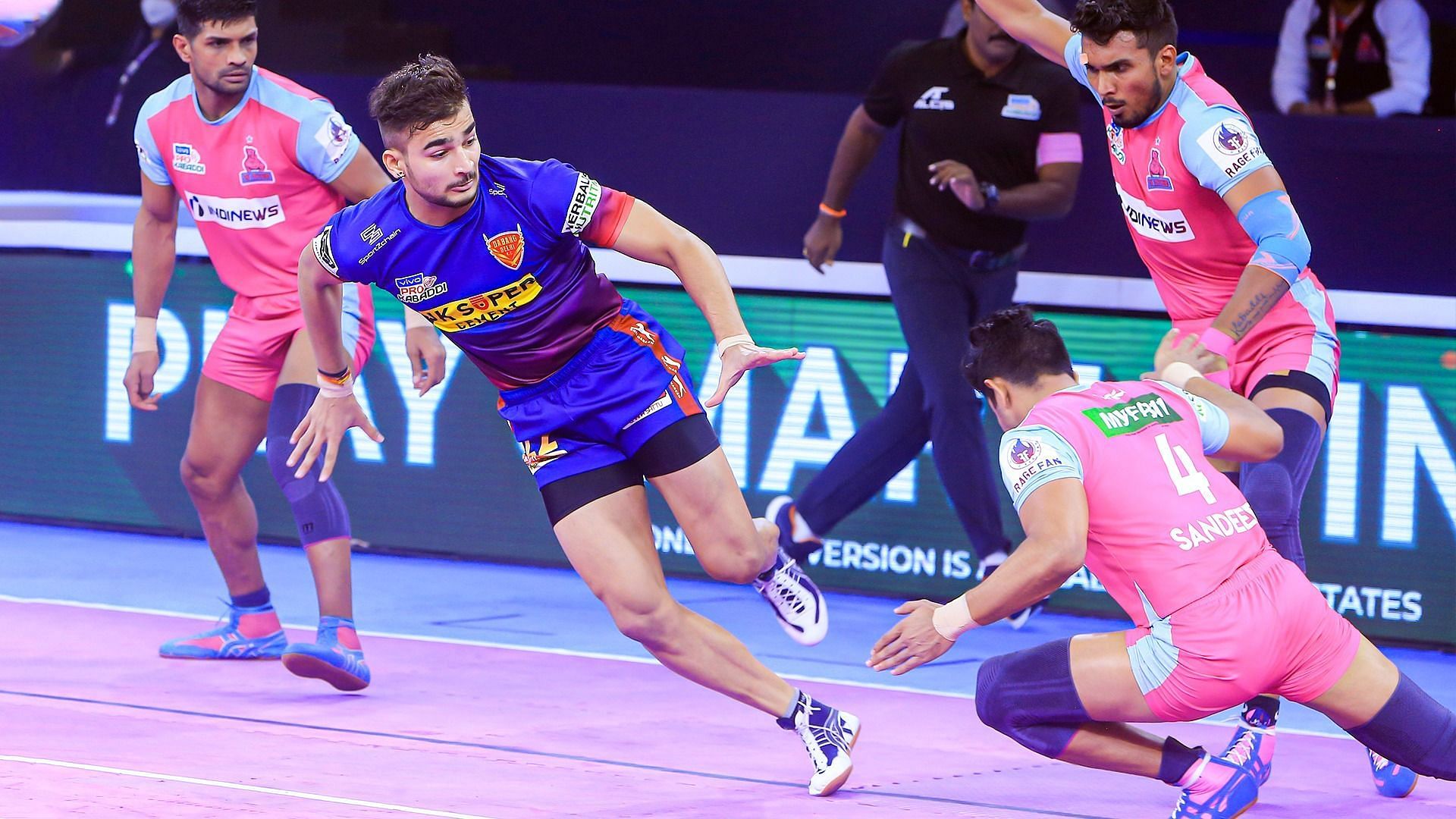 After managing only two wins in their first six matches, Jaipur Pink Panthers changed their captain ahead of the match against Puneri Paltan. Defender Sandeep Dhull took over the reins from Hooda.

The Jaipur-based franchise have performed brilliantly under Dhull so far, registering back-to-back wins.

They beat Puneri Paltan and then became the first team to defeat Dabang Delhi KC in PKL 8. Hooda starred for Jaipur in their match against Delhi, scoring nine points.

Discussing the change in captaincy, Jaipur Pink Panthers coach Baliyan told reporters at a press conference after the match against Delhi:

“This was our eighth match. Deepak was under a little pressure after one or two matches. So we took some pressure of him by changing the captain, which is why we are getting to see Deepak as a lead raider now. Arjun Deshwal will work with him now. Deepak did an exceptional job for us tonight.”

Arjun Deshwal led the Jaipur Pink Panthers’ raid attack in the first seven matches, scoring a Super 10 in all games.

However, he was not at his best against Dabang Delhi KC. Deepak Hooda stepped up and delivered the goods for the team with eight touch points and a bonus.

Fans should note that Hooda was not a part of the starting seven for the match against Puneri Paltan. It will be interesting to see if he continues to lead Jaipur’s attack in the upcoming matches.