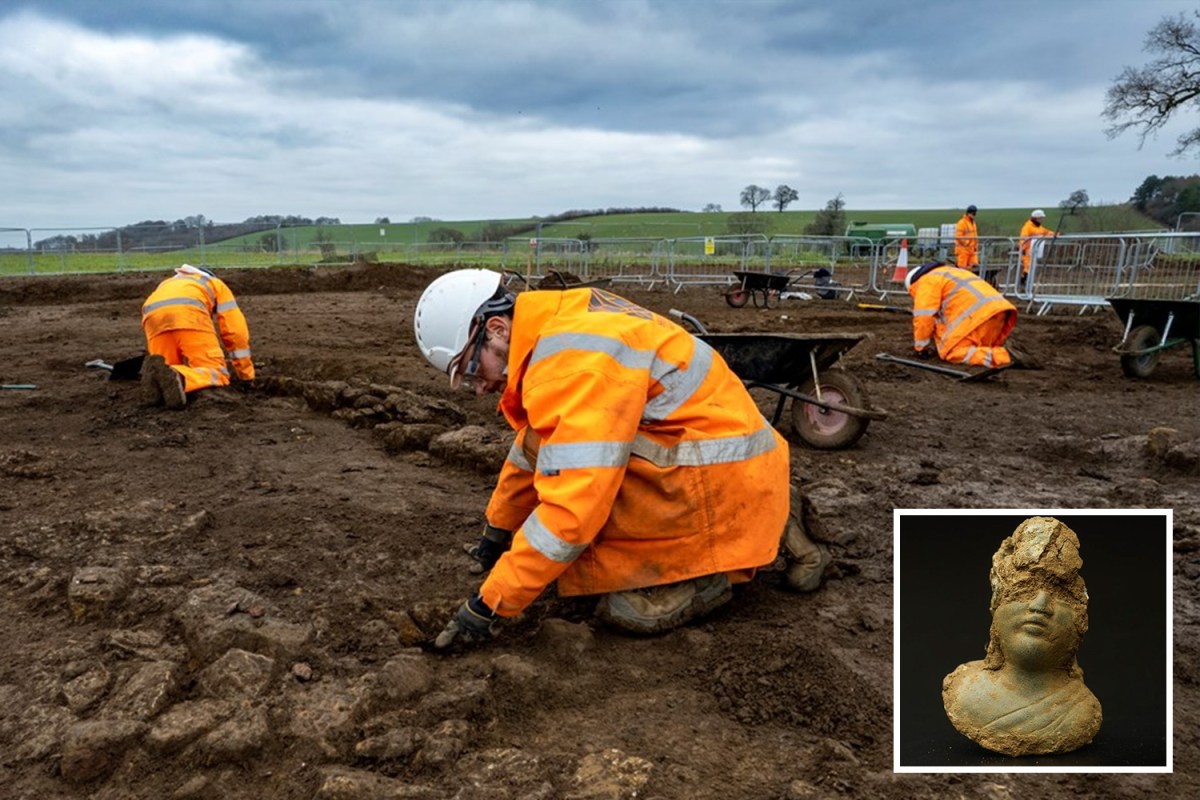 A ROMAN town dating back more than 2,000 years has been unearthed along the route of the HS2 high-speed railway.

The discovery includes ancient artefacts such as pottery, jewels and more than 300 coins.

Said to be one of the most significant during the train line project, it is at an undisclosed site in south Northamptonshire where 80 archaeologists have been digging for a year.

A 32ft wide Roman road runs through what had been an Iron Age village, indicating it would have been busy with carts for trade due to its close proximity to the River Cherwell.

Glass vessels, decorative pottery, jewellery and even make-up evidence were found at the site — known as Blackgrounds after its black soil.

Site manager James West, of the Museum of London Archaeology Headland Infrastructure, said: “Uncovering such a well-preserved and large Roman road, as well as so many high-quality finds, has been extraordinary and tells us so much about the people who lived here.”

The town is one of more than 100 archaeological sites found on the route since 2018.

It will feature in BBC Two documentary Digging for Britain tonight at 8pm.