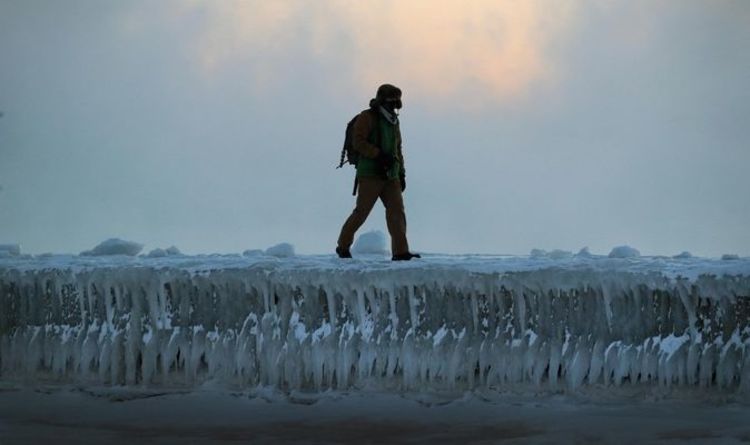 Almost three dozen people in the Green Bay area were rescued and brought back to the shoreline of Lake Michigan on Saturday, a local sheriff’s office said. The number had been estimated to be 27 but the overall figure has since been revised upwards.

Many of the individuals, who reportedly spent some 90 minutes stranded, were ice fishing at the time.

Shane Nelson, who was on just his first ice fishing trip, described the noise as similar to a gunshot.

He told WLUK: “It sounded like, almost, somebody fired a gun out there.

“We thought it was interesting, got out of our shanty, took a look and people were yelling on the ice, ‘We’re separating’.”

Mr Nelson couldn’t even return from his eventful maiden ice fishing trip with stories of a successful catch.

“Didn’t catch any fish, ran out of propane early and got stranded on the ice,” he said.

Eight individuals were transported at a time during the rescue.

Lieutenant John Bain said: “A barge may have come through and that may have disrupted the ice.”

“The disruption of the ice along with natural occurring conditions may have led to that.”

“Barge traffic yesterday appears to have weakened the ice along the east shore of the Bay, therefore, the ice should be avoided for all recreational use.

“Please also avoid the roadways near Point Comfort as many emergency vehicles need to get in and out of that area.”