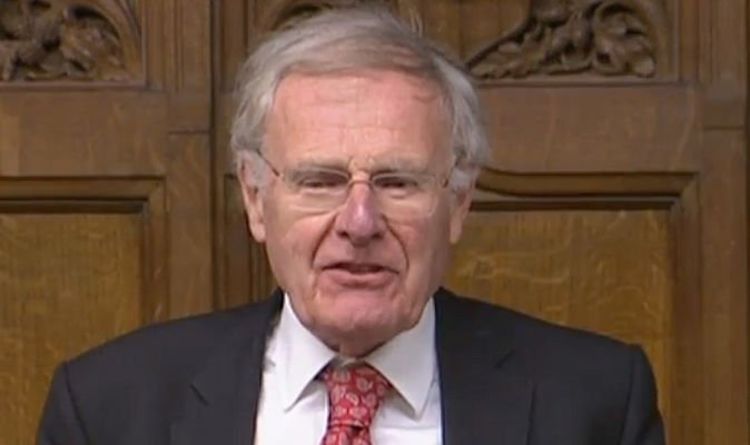 The Conservative MP called for the “dirty linen” to be washed “all at once” instead of new revelations continuously surprising party members. Boris Johnson has come under pressure once more after a leaked email appeared to suggest yet another gathering was held at Number 10 at the height of the first lockdown. At the time of the alleged party, which is believed to have been attended by a minimum of 30 guests, Britons were being asked not to meet more than one person face to face.

Mr Chope told the Commons: “Why can’t all the dirty linen be washed at once? Why are we getting this drip-drip feed of parties.

“Surely, the Civil Service must have known that there was a party on May 20 and they should’ve referred that already to the inquiry.”

The outburst came as Paymaster General Michael Ellis was answering an Urgent Question on behalf of the Prime Minister from Labour deputy leader Angela Rayner.