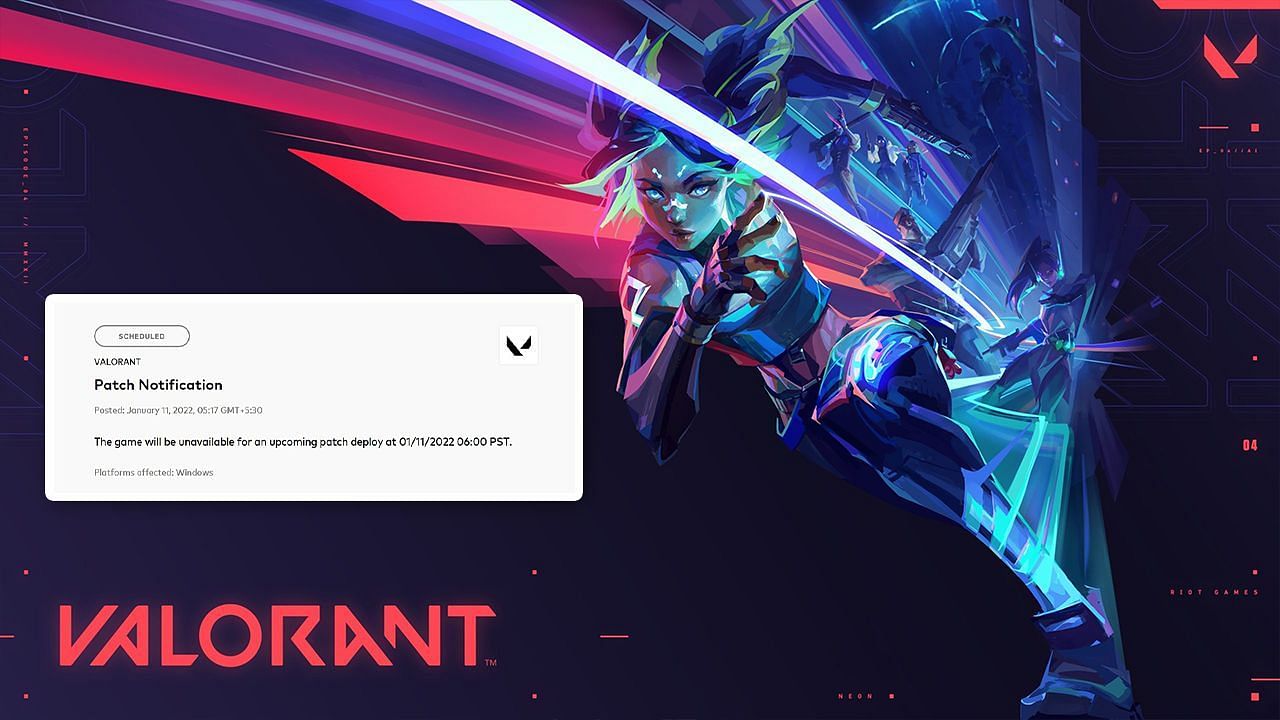 With the new Duelist Agent, Neon, set to go live later today, the Valorant servers will be temporarily taken down for maintenance in preparation for patch 4.0.

Today’s update will be bringing Episode 4, Disruption, to the shooter. Along with Neon, the developer will look to bring in a vast number of updates to both gunplay and ranked matchmaking.

Hence, today’s update will be rather extensive, and Riot Games will look to take down the servers temporarily from 06.00 PST onwards across all the regions.

The official Valorant server status page has also announced that along with the servers going down, the Competitive queue will be temporarily halted. Players will receive a soft reset to their rank tiers when Disruption finally goes live.

According to the most recent patch preview, users will have a lot of other changes to look out for in 4.0 and not just Neon.

While the new Duelist is indeed the biggest highlight of the update, Disruption will bring a significant number of changes to weapons.

The Spectre will receive the most tweaks of all the guns, as the developer will aim to tone down its versatility and make it less effective over longer distances. The Bulldog, on the other hand, will receive a buff, along with the Ares and the Guardian.

Additionally, the Competitive queue will get a massive update, as gamers who have not yet queued up for ranked games will not be able to play the mode unless their account reaches a minimum of level 20.

The developer will be doing this because they feel that the ever-growing Agent pool has been making it quite difficult for newer players to learn the base game mechanics properly. Hence, gatekeeping users from ranked games until they reach level 20 is a great way to allow those new to the shooter to pick up its core gunplay mechanics.