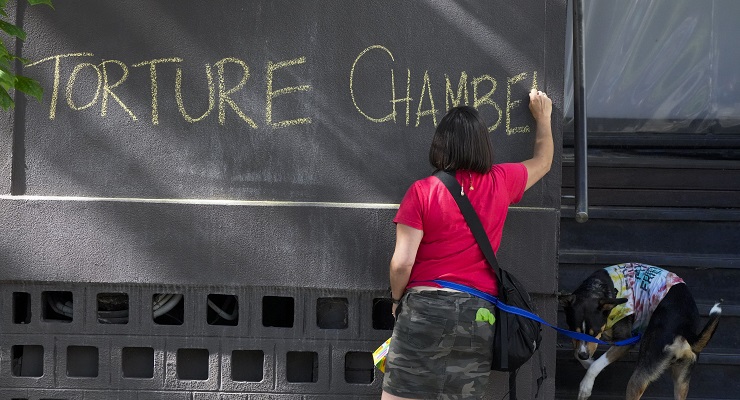 There’s a bitter paradox to the Djokovic/vax/Park Hotel/refugees circus. Had this sticky net snared a sportsperson with some sort of worldly political awareness and basic conscience, they would have said: “What? Two years in a room? Here? Nine years in a detention system? For arriving on a boat? Starting from when you were 15? That is raw evil!” And then used their celebrity to have done something about it.

But any sportie with the gumption to do such is unlikely to have ended up in this snarl. Whatever their feelings about vaccines, for the sake of a grand slam they’d take the jab and move on.

Djokovic may still say something, but anyone else appraised of the situation might have shouted it to the world immediately. If he doesn’t, thus ends the brief hope refugees and activists may have had that this could be a moment to tip this appalling situation into the world’s conscience.

Many have a vague knowledge that Australia has a harsh system for undocumented immigrants, but few understand the grotesque details of it: its cruelty and caprice, its use of time and idleness, and the contemplation of life going by, as a torture-terror tactic.

Indefinite detention of this sort, with its seeming reasonableness in physical terms (although rotten, maggot-infested food has made a comeback) is the torture of the penitentiary, the system designed to bring you to God in a godless world. Absent that, your life becomes the contemplation of the waste of your life.

The psychological damage inflicted on the refugees in the Park Hotel, and elsewhere in the system, is put in the medicalised terms of the moment. But it’s really just straight existential horror, weaponised to create permanent damage.

This is evil, nothing more or less, nothing else. Yes, it’s repressive, harsh, cruel, bumbling, slipshod, strategic — it’s all of those things — but at the root it is evil, the use of the means of life against someone trying to have a life. It is a knowing attack on the very conditions of possibility of what it is to be a human being. And it is happening in the middle of a capital city run by a state government that purports to be basically progressive, and yet will not say boo to the goose about it.

How long can this grotesque, atrocious situation continue? Every day, thousands of trams pass the Park Hotel, because the hub of Melbourne’s main tram spine is just north of it. Yet it’s basically a state hostage situation. No conviction, no sentence, no end — just the endless wastes of time. The siting of it normalises the process, and makes all of us just a little bit complicit. There is a sort of homeopathic guilt — and, as homeopathy insists, thus strongly bound.

The temptation, after one has been to the protests and written umpteen such articles, is to say that the best thing would be to drive a car into the side of the place, something, anything to interrupt this endless horror show. I’m not advocating that, but only because it’s clear that the refugees themselves aren’t conducting the struggle in that way. If they wanted to, they could gather on the ground floor and burn the building down. They’d have the right. But they’re not going that way, and one can’t substitute one’s own anger and shame at passive complicity for their imperatives.

The protests have to continue, the courageous and undoubtedly exhausted and distressed core supplemented by a few others. But it has now run into the paradox of protest Gandhi pointed to when he said: “What you do will make no difference, but you must do it anyway”.

What could supplement it, take things to the next level? One thing that could is out of the protesters’ hands: if Dan Andrews were to marshal the residual, partial autonomy of state government and challenge the morality of what is going on at Park Street very explicitly, repeatedly, that would surely bring it to some sort of crisis. There is no chance of it (is there?), not only because Labor is complicit in the system, nor the closeness of the election, but because the government is so full of SDA combover soft-Francoites that they love nothing more than illegal ad hoc detention in a city hotel.

The only other thing I can think of is for as many freelance writers as possible, with some sort of global hookup from The New York Times to “British Tram Fancier” (leave it, that’s mine) to make their next pitch for a piece over the next few weeks to be something about this situation. Not the whole iniquitous Australian system, but this particular, Kafkaesque grotesquerie carrying on at the heart of one of our cities.

Is it possible that half-a-dozen of these could land at once, in the space of a week or two, in the wake of the Djokofiasco, and hang sufficient shit on our sunburnt country for the stink to become intolerable? Whether the Morrison government responded directly or not, might it be the point at which it rapidly, quietly gave the Park Hotel inmates community visas in two or three releases? Would an incoming Albanese government have no choice but to effect immediate release? Or would it all become another flank for the government to exploit?

Our nation has become a leading-edge laboratory for new techniques of managed dehumanisation, compatible with liberal-democratic governance. The whole world is watching — to see how we do it and copy. Possibly, in the trailing clouds of a returned Serb, that offers a space to make a match point that I have no idea how tennis works.