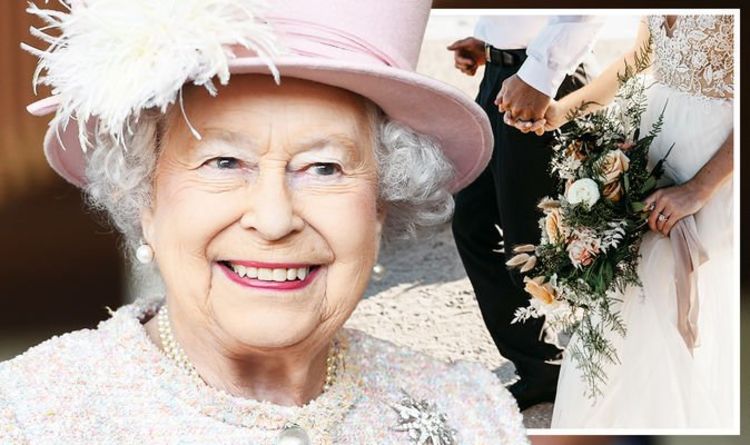 The Queen’s distant cousin, Lady Tatiana Mountbatten, is the latest member of the Royal Family to become engaged. Lady Tatiana, 31, the daughter of the Marquess of Milford Haven, a first cousin of the Queen, shared some snaps on Instagram of her and her fiancé Alexander ‘Alick’ Dru to mark the occasion.

Alick went down on bended knee while the couple were on a skiing holiday in the Alps.

The pair visited Verbier, Switzerland, and Alick chose a mountaintop spot for the romantic proposal.

In the first of a series of images shared on Instagram, Tatiana can be seen beaming while wrapping her arm around Alick, 30.

The second photo is a selfie of the pair, with mountain snow as their backdrop, while they have huge smiles on their faces.

While the third snap shows the newly engaged couple embracing with the snowy landscape behind them.

Tatiana, who is a keen dressage rider and a trainee psychotherapist, captioned the upload with a diamond ring emoji.

Friends of the couple rushed to congratulate them in the comment section of the Instagram post, including Tatiana’s half-brother’s wife, Cressida Bonas, who famously dated Prince Harry for three years until 2014.

The actress and model wrote “Beauties” and accompanied her message with two red heart emojis.

Also among those sharing felicitations for the couple was Violet Manners, daughter of the Duke and Duchess of Rutland who was on holiday in Verbier at the same time.

The news of the upcoming nuptials between Alick and Lady Tatiana, who is 464th in line to the throne, was also confirmed in The Telegraph.

It reads: “The engagement is announced between Alick, son of Mr and Mrs Bernard Dru, of Bickham, Somerset, and Tatiana, daughter of the Marquess of Milford Haven and Lady Spencer of Alresford.”

The royal engagement is likely a welcomed break from sad news for the Queen.

Last year alone she suffered from ill-health and a sprained back, in addition to spending her first Christmas as a widow following the death of her husband of 73-years Prince Philip, in April.

Her Majesty was also forced to cancel her traditional Sandringham festive plans for the second year in a row due to the pandemic and instead celebrated the festivities at Windsor Castle with a select few relatives.

Having pulled out of various royal duties in the latter half of last year due to Covid or due to her health, it is yet unknown if the Queen will attend Lady Tatiana and Alick’s wedding whenever it goes ahead.

The pair’s nuptials are set to be a high society affair, with some of Tatiana’s friends including Flora Vesterberg, Cressida Bonas, Jemima Cadbury and Ella Mountbatten likely to be in attendance.

Lady Tatiana once wanted to work as a ski instructor, but now works training dressage horses.

She has previously lived in both Denmark and Germany but now resides in Windsor, where she runs a horse yard.

Her personal website reads: “All you really need to know is that I spend every day doing what I love more than anything in the world; riding horses.

“I’m a professional dressage rider based in Windsor. Here, I train a couple of my own horses and some horses which have been put in training with me by some wonderful people who have trusted me with the education and career of their horse.