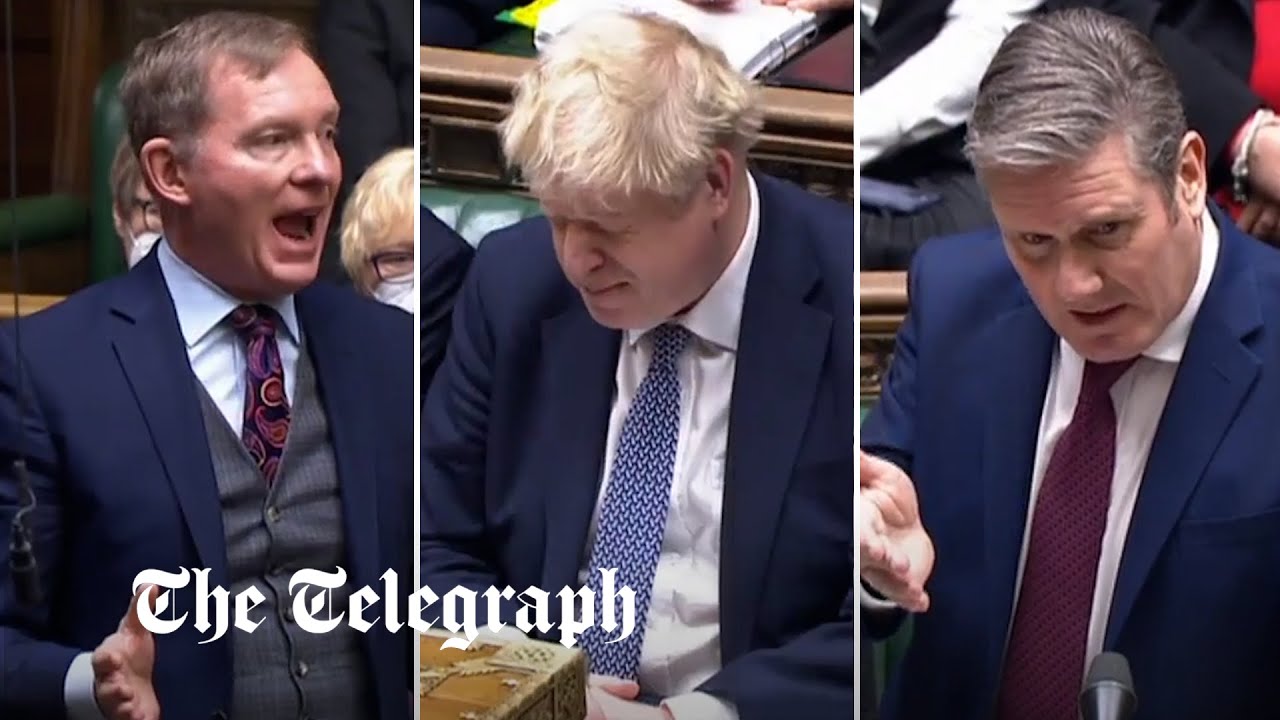 Below is the full list of Tory MPs who have called on Mr Johnson to stand down so far:

“I said, yesterday, if the Prime Minister attended this gathering, event in Downing Street on May 20 2020, he could not continue as Prime Minister so, regretfully, I have to say his position is no longer tenable,” Mr Ross said on Wednesday.

“There was one simple question to answer yesterday, indeed, from Monday night when we saw this invitation which was to more than 100 people asking them to join others in the Downing Street garden and bring their own booze.

“If the Prime Minister was there, and he accepted today that he was, then I felt he could not continue.

“What we also heard from the Prime Minister today was an apology and he said with hindsight he would have done things differently, which for me is an acceptance from the Prime Minister that it was wrong and therefore, I don’t want to be in this position, but I am in this position now, where I don’t think he can continue as leader of the Conservatives.”

2. Ruth Davidson, former leader of the Scottish Tories, currently sitting in the House of Lords

“A tough call. But the right one,” she wrote on Twitter in response to Mr Ross’s statement.

Mr Wragg suggested Mr Johnson should take the decision to resign himself. He told the BBC that it was “a tragedy things have come to pass in this way”, adding: “Unfortunately, I wasn’t reassured. I fear this is simply going to be a continuing distraction to the good governance of the country.”

He said it would be “preferable” for Mr Johnson to offer his resignation himself as MPs were “tired” and “frankly worn out of defending what is invariably indefensible”.

“I don’t believe it should be left to the findings of a civil servant to determine the future of the Prime Minister and indeed who governs this country. I think it is for the Conservative Party, if not the Prime Minister, in fact, to make that decision, and to realise what is in the best interest, so that we can move forward both as a party and a country,” he said.

He added that “no doubt the Prime Minister is reflecting deeply on what has happened, but I cannot in all sincerity see a way where these issues go away”.

“It is deeply unfortunate, but I’m afraid it is… the inevitable conclusion is the only way to do that is with a change,” he said.

“The Prime Minister said on Dec 8 from the despatch box that he was reliably assured that there were no parties – well, we now know there was at least one party and probably more, and that at least one of them, the one he spent at least 25 minutes at, he attended.