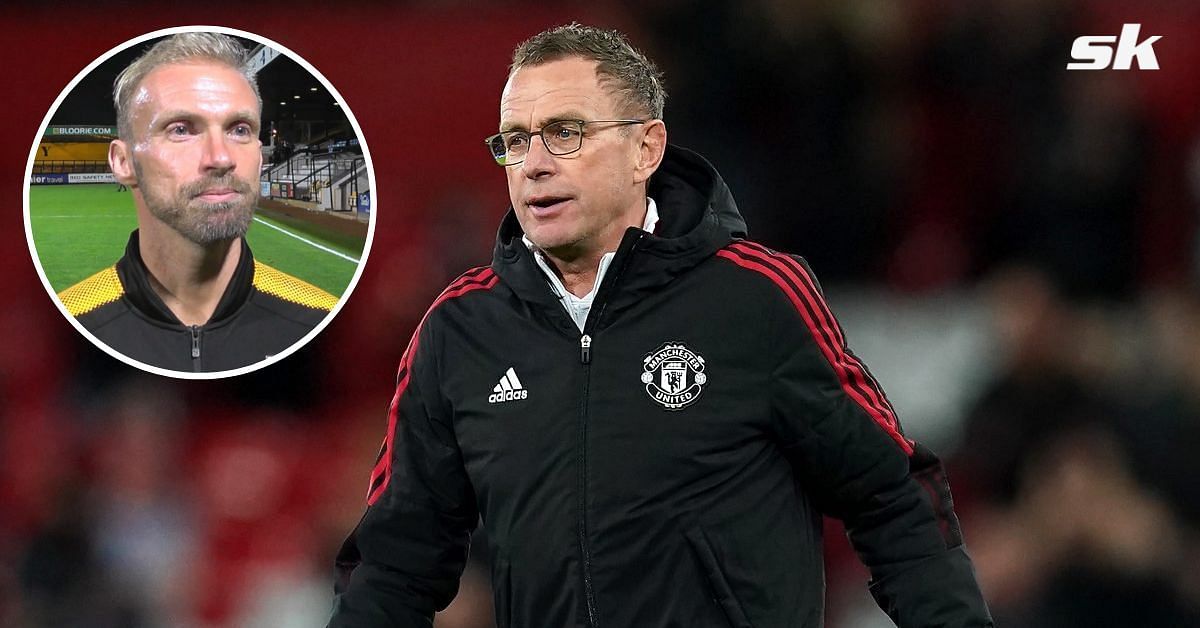 Former Manchester United midfielder Luke Chadwick has revealed his astonishment at the lack of game time Jesse Lingard has received under Ralf Rangnick. Chadwick believes Lingard ‘could be a real asset’ to the club and is ‘best suited’ to Rangnick’s high-intensity style of football.

Jesse Lingard came on as a second-half substitute in United’s 1-0 victory over Aston Villa in the FA Cup on Monday. The attacking midfielder has had to make do with a bit-part role at Manchester United this season.

Rangnick has tried to implement a high-press and high-intensity style of football. And Chadwick believes Jesse Lingard will thrive in the German’s system at United.

Lingard has, however, suffered from a lack of playing time under the former RB Leipzig boss.

“I’m really surprised we’ve not seen more of Lingard since the new manager came in. Rangnick wants to play with high energy and there’s not many more high energy players than Jesse Lingard. In that 4-2-2-2 formation, the movement he has, he’s probably one of the best in the club at running beyond the striker, not just receiving the ball to feet out wide,” Chadwick told CaughtOffside.

“I think it would be well worth giving him an opportunity, the way that he plays, the style of football we’re seeing under Rangnick, he could be a real asset between now and the end of the season.”

Jesse Lingard has made just thirteen appearances in all competitions for United this season, scoring two goals and providing one assist. He has made just three appearances for the club since Ralf Rangnick took over from Ole Gunnar Solskjaer on November 29.

Tottenham ‘sound out Jesse Lingard over a January move’ from Manchester United trib.al/WXHOcxt

Tottenham ‘sound out Jesse Lingard over a January move’ from Manchester United trib.al/WXHOcxt

According to the Mirror, Tottenham Hotspur are interested in signing Manchester United midfielder Jesse Lingard during the ongoing transfer window.

Lingard caught the attention of a few of the Premier League’s top clubs during his loan spell with West Ham United last season. He scored nine goals and provided four assists in 16 appearances for David Moyes’s side in the Premier League.

Jesse Lingard is on the verge of joining a January U-turn with a transfer between Manchester United and West Ham in the works.

🚨 Jesse Lingard is on the verge of joining a January U-turn with a transfer between Manchester United and West Ham in the works.(Source: Daily Star) https://t.co/AHRSW0ipsr

Lingard has entered the final six months of his contract with United. The 29-year-old has thus far rejected the chance to extend his deal with the club and is widely expected to run down his contract.

United could therefore opt to sell Lingard in January rather than risk losing him on a free transfer next summer.