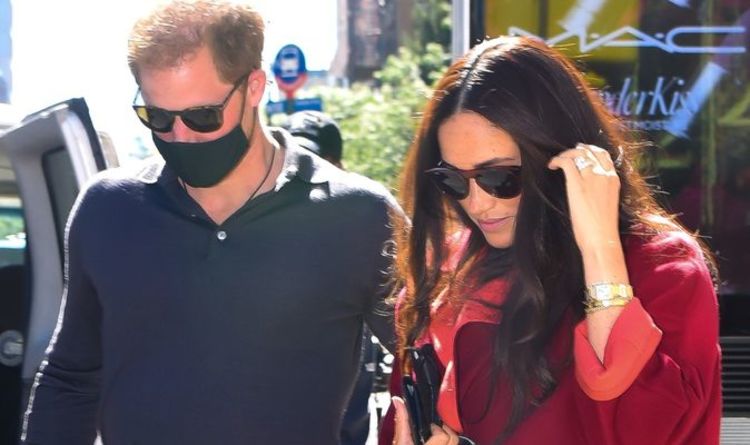 The Duke and Duchess of Sussex’s Montecito home reportedly has 16 bathrooms. Commentator Shane Watson describes the number as “insane”, adding that it looks “more clownish than ever” as drought-stricken California enforces water restrictions.

Ms Watson made the comments in a piece discussing celebrities downsizing from mansions.

Writing for the Daily Telegraph, the commentator said: “The easiest way to spot a Celebrity Clown, or at least one of the ways, is they live in a 16-bathroom house, and there are two of them and two under five (see the Sussexes).

“As you know – but let’s put it out there one more time because it never ceases to make us boggle – Harry and Meghan’s Montecito residence has seven more bathrooms than it has bedrooms.

“That is nine en-suites, plus another strategically placed seven conveniences.

“It always was an insane number of bathrooms but now California is in the middle of a drought, water restrictions are in place, and the madness of this sort of empty-room living is looking more clownish than ever.

“Let’s just pause to think about those redundant rooms for a moment.

“At a guess, no more than four bathrooms are in regular use, and that’s including the nanny’s.”

Speaking at the time, a spokesman for the couple said: “The Duke and Duchess of Sussex moved into their family home in July of this year.

“They have settled into the quiet privacy of their community since their arrival and hope that this will be respected for their neighbours, as well as for them as a family.”

However, earlier this month it was reported that Harry and Meghan want to sell the property as they are not “over the moon” about it.

The couple lived at Nottingham Cottage in the grounds of Kensington Palace for a short period of time when they were working royals.

They went on to live at Frogmore Cottage in Windsor before stepping back and moving to the US.