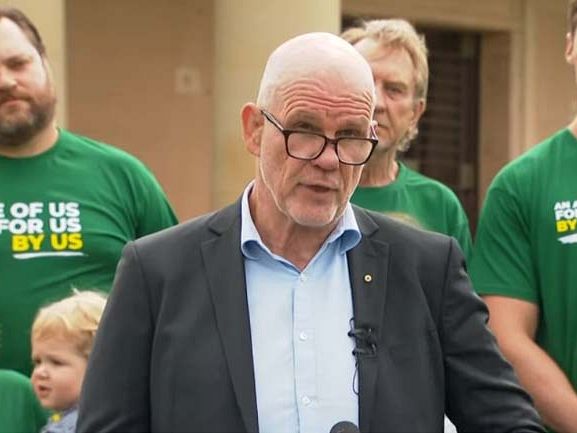 History editor Dr Glenn Davies explores the background to a new republic model so we can vote for our own Aussie head of state.

AT THE FEDERATION PAVILION in Sydney’s Centennial Park on Wednesday 12 January, the Australian Republic Movement (ARM) unveiled its model for an Australian republic. This included the preferred method for the nation to appoint a new head of state.

With Queen Elizabeth II’s reign nearing its end, the ARM has developed a new model to unite Australia in becoming a republic.

Buckingham Palace is now making preparations for the end of the Queen’s reign. Prince Charles is reportedly taking on a number of responsibilities for the Queen as heir to the British throne. Australia has been preparing, too, including working towards the reforms needed for the nation to become a republic.

In January 2020, ARM adopted a new strategic approach to building public consensus about the reforms that should be taken to a referendum. This involved extensive public consultation, public opinion research and consultation with academics and parliamentarians about the way forward continued throughout 2020 and 2021.

The primary barrier to Australia becoming a republic is not the British Monarchy, but uncertainty. To win that change, a referendum on the republic must achieve a double majority — a majority of votes nationally and a majority in four out of six states. So, any proposition for a republic must be capable of securing majority support in advance of any referendum campaign.

The Australian republic has been our nation’s great unfinished project. The unveiling by ARM of a model for all Australians to get behind is a leap towards creating our own independent nation.

It has been clear for decades that Australians want the final say about who our head of state is.

The 1998 Constitutional Convention held in Old Parliament House, Canberra from 2-13 February 1998 had been given the brief to consider the pros and cons of removing the Monarchy from a role in Australian government and law and changing the Australian Constitution to include a republican form of government.

The Constitutional Convention was convened by former Prime Minister John Howard to discuss issues related to three broad questions about whether or not Australia should become a republic.

The three questions identified for discussion by the Prime Minister were:

If the consensus was “Yes”, then a republican model was to be decided on so it could be put to the Australian people in a referendum on 6 November 1999.

The four models that emerged were:

However, the 1998 Constitutional Convention became caught up in an argument about the best selection method for the Australian head of state and it was on this crucial issue Australian republicans divided, resulting in the splitting of the vote at the 1999 republic referendum and the loss of the vote.

“So, if the job description is to be a non-political head of state, the best way to appoint them, we felt at the time, was in a bipartisan manner. This exposed us of course to the claim that the ARM model was a politician’s republic. We were told that you can’t trust politicians — ironically, most vocally by politicians.”

The ARM model, aptly named the Australian Choice model, proposes that Australia’s parliaments nominate candidates for head of state, who would be put to a national ballot of all Australian voters. The head of state would be elected for a five-year term and be responsible for appointing as prime minister the person who has majority support in the House of Representatives, or calling an election if no one can obtain that support.

The head of state would have no individual authority in relation to the setting of government policy, day-to-day governance or passing of laws, which remains the responsibility of the parliament, prime minister and cabinet.

ARM National Chair, Peter FitzSimons, says the Australian Choice model means citizens elect their own leaders. To ensure that there is manageable choice between our most respected and trusted citizens, Australia’s parliaments will nominate a short list of up to 11 candidates — one from each state and territory parliament and up to three by the Federal Parliament. This will ensure strong representation from across the country and a genuine choice. Sitting parliamentarians will be prohibited from standing for election.

The head of state would be responsible for appointing as prime minister the person who has majority support in the House of Representatives, ensuring that the commission of a prime minister ends if another person commands that support, or calling an election if no one can obtain that support.

Peter FitzSimons said that the Australian Choice model ensures Australians will have a robust choice from eminently qualified, suitable candidates to represent them as head of state:

We’ve consulted, we’ve listened closely and Australians have told us this approach will give our nation the best chance of success at a referendum, with an overwhelming majority of Australians likely to back the change.

This will give all Australian voters a merit-based choice about who speaks for them as head of state. The decision will be in their hands, unlike now, where it is luck of the draw who we get from the British Royal Family.

I would like to thank both the thousands upon thousands of Australians who shared their views with us so we could take this historic step forward and the constitutional experts who helped us refine it.

The dreams of Australia’s republic supporters lay in tatters with the failure of the 6 November 1999 Referendum. On that evening, the then ARM National Chair, Malcolm Turnbull, said Prime Minister John Howard “broke this nation’s heart” over the failed Republic Referendum result.

“These days turned out nothing like I had planned.”

…but continued a few lines later that:

“It’s coming ’round again, the slowly creeping hand of time…”

The Australian Republic will happen — we are a republican people, it’s now a matter of making us a republican nation.

The Australian Choice Model is time for republicans to start “mending our hearts”. For the first time in over 20 years, it delivers a genuine choice of Australia’s most respected and trusted citizens so that all the Australian people can vote in a head of state who represents us all.

Choosing an Australian Republic is about choosing to take our affairs into our own hands. With an Australian head of state chosen by all of us, our future, more than ever, will be in Australian hands.

We can take it from here.