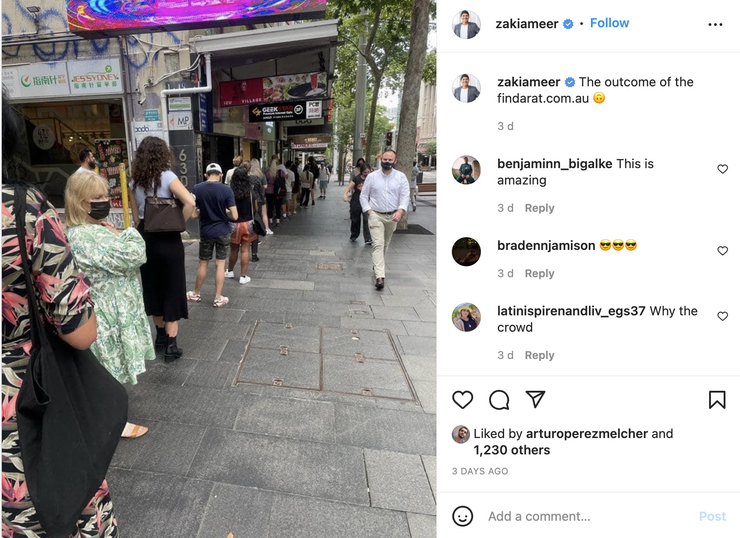 With Australians struggling to find rapid antigen tests, people are turning to ad hoc online resources and communities to find where they’re available — but they’re still often coming up short.

Demand for RATs spiked when PCR test results began taking longer to get and COVID-19 numbers soured. Unlike PCR tests, which were available free at pathology sites and hospitals listed on state health websites, RATs were available at shops ranging from chemists to supermarkets. Retailers scrambled to source them and would quickly sell out, often at inflated prices. Meanwhile Australians have reported driving from store to store — sometimes while ill — hoping to find a test.

Facebook groups dedicated to finding some popped up across the country. Thousands of people joined.

The administrator of Rapid Antigen Tests (COVID-19) Brisbane wrote to the nearly 10,000 members of her group on January 3 that she had set up the group to help others: “I am hoping as a collective group we can assist each other in where to buy these RATs at the lowest price.”

Others took it even further. Matt Hayward, 24, developed a website that allowed people to crowdsource information on where RATs were available called findarat.com.au. Users could search for their location or look at a map to see if any places near them had tests for sale.

While these online resources and groups have helped some, they’ve had significant problems. The Facebook groups are filled with posts from people who’ve been unable to find tests.

Both group members and findarat.com.au users have complained that details are out of date or wrong.

Some entries on the findarat.com.au website, like one listing RATs for sale at Hillsong for $6.66, are clearly trolls.

(There have been claims that anti-vaxxers had sabotaged the website by putting in false entries, but Crikey has been unable to find any evidence supporting them.)

This information has real-world effects. People are lining up at retailers before opening, sometimes to be told none are available.

Meanwhile other opportunistic individuals and stores are finding ways to evade bans from selling tests on platforms like Facebook and other online marketplaces.

While individuals have sought to fill the gap left by governments by using technology to help each other, their best efforts have been unable to overcome the barriers to finding rapid antigen tests.

Providing reliable information about where Australians can access a basic medical good during a pandemic requires a top-down system and the investment of dedicated resources. Governments, for whatever reason, have decided Australians are on their own.

Have you used the internet to hunt down a RAT? Let us know your thoughts by writing to [email protected]. Please include your full name if you would like to be considered for publication in Crikey’s Your Say column. We reserve the right to edit for length and clarity.