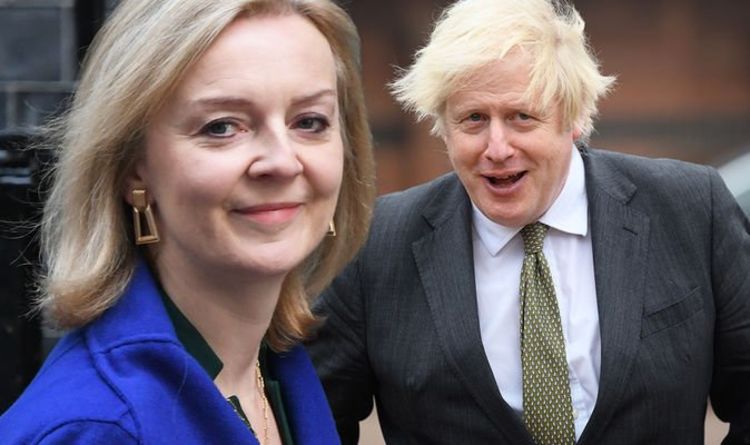 Jayne Adye, director of the Get Britain Out campaign, accentuated the positive in her latest weekly bulletin at the end of a week which has left Prime Minister Boris Johnson badly bruised. Mr Johnson is reeling after being forced to apologise in the Commons for attending a lockdown-busting “bring your own bottle” party in the Downing Street garden on May 2020.

Ms Adye conceded the ongoing controversy was threatening to overshadow the PM’s bid to forge a new course for Britain outside the bloc.

However, she added: “Amongst all the bad news there has also been some good news to start the year and give us a clear sign of what is to come.

“If the Government can actually get on with the job they were elected to do.”

Statistics released yesterday suggested Britain’s economy is now back to its pre-pandemic levels and was outstripping Germany.

Telegraph business editor Ambrose Evans-Pritchard wrote: “Output in November was 0.7 percent higher than before the pandemic.

“Omicron will take a bit back in December but the light-touch response of the Government, vindicated by booster vaccination and widespread immunity from past T cell memory, ensures that any economic hiccup will not seriously hold back recovery.”

He added: “The German data agency warned today that the economy faces contraction this quarter of minus 0.5 percent to one percent. There are growing fears of an outright recession over the winter.

He stressed: “This is an extraordinary reversal of fortunes.

“Germany was universally praised in the first wave of Covid for limiting the economic damage.

“Its Kurzarbeit system designed to help companies keep workers employed part-time was hailed as a model for the rest of us, as it is in many ways.”