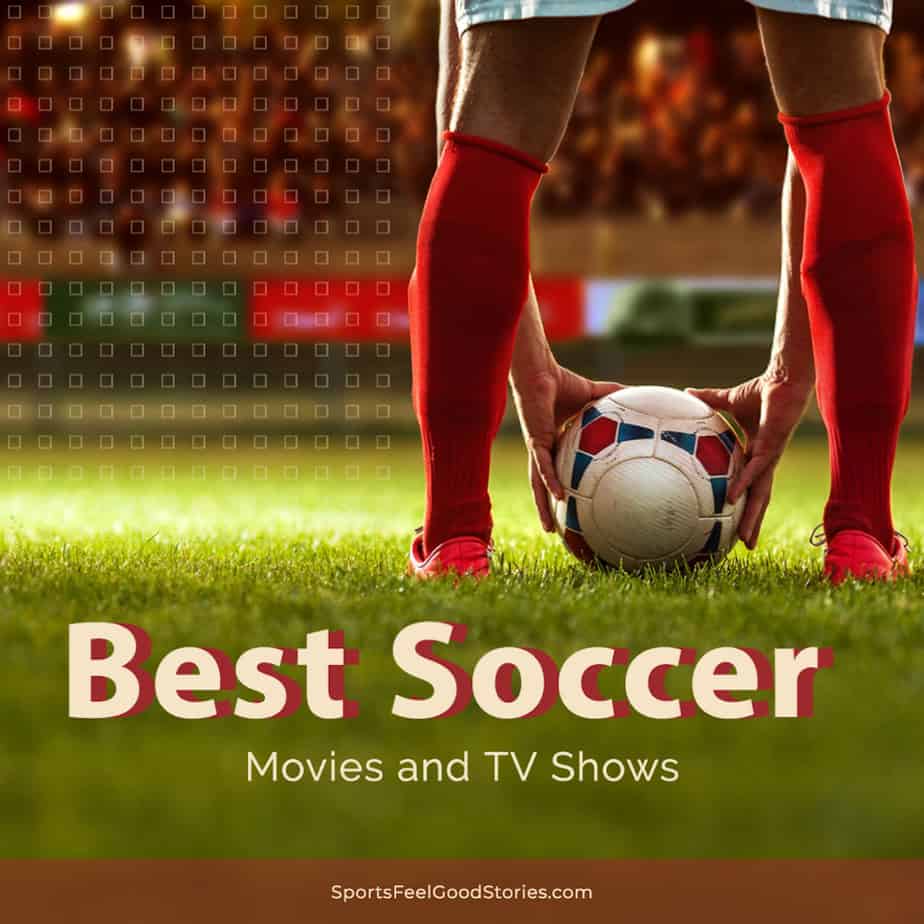 From outstanding comedies and dramas to intriguing documentaries, soccer media is full of must-see movies and shows.

Some of these shows will be good to help one learn about some of the world’s greatest teams and players, while others will simply be great entertainment.

Today’s world makes access to these shows easier than ever, as most of the movies and shows are accessible through streaming services. No one ever has to leave their home to make a trip to Blockbuster or the movie theater.

Have you seen any of soccer’s greatest movies or shows? Let’s see.

Here are some great soccer movies to enjoy.

Many believe this 2005 film is one of the best soccer movies of all time. Starring Mexican actor Kuno Becker, the story revolves around Santiago Muñez, an impoverished undocumented Mexican immigrant living in Los Angeles.

A scout from English club Newcastle United discovers his talent and invites him to England for a tryout. Santiago struggles at first, but eventually overcomes the harsh conditions in England and makes the team and becomes a Newcastle star.

There are also two sequels, Goal II: Living the Dream and Goal III: Taking on the World. The first one is the best.

Another iconic soccer film is Green Street, also known as Green Street Hooligans. This 2005 film stars Elijah Wood, who plays Matt Buckner, an American who visits his sister in England.

During his time in England, Matt discovers a culture of soccer that he didn’t know existed, the chaotic culture of hooligan firms. This involves groups of fans from each team fighting each other.

Matt becomes close with his sister’s husband’s brother, who leads the Green Street Hooligans, and Matt learns firsthand what being in these brawls is like. Matt goes from never being in a fight to being in a complete brawl on a regular basis.

Ever seen the 2005 film Fever Pitch starring Jimmy Fallon and Drew Barrymore? That was the American remake of the original version, which originated in England and came out in 1997. The original, starring Colin Firth and Ruth Gemmell, was an adaptation based on Nick Hornby’s 1992 bestselling memoir Fever Pitch: A Fan’s Life.

In the 1997 movie Fever Pitch, the Boston Red Sox are replaced by Arsenal FC, one of the top soccer teams in England chasing the First Division championship in the 1988-89 season. The main character, Paul, struggles to keep a balanced relationship between his beloved Arsenal Gunners and his partner. He loves one woman and worships eleven men.

In 2002, “Bend it like Beckham” became more than just a phrase to describe someone trying to bend and curve a soccer ball like English soccer great David Beckham. It became the title of one of the most famous soccer films of all time.

This film is about a British Indian girl named Jess. Her parents forbid her from playing soccer, despite her love for the game. Living in London, she joins a local women’s team against her parents’ will and excels, eventually earning a college scholarship in the United States.

Take The Ball, Pass The Ball

This documentary tells the story of how one era of FC Barcelona transformed soccer by orchestrating the most dominant playing style seen to date. It showcases some of the greatest teams in the history of the sport, which included many players who came through the club’s legendary academy system. The film includes insight from players and media personalities.

Here are some other great soccer movies.

Three years after Italy missed the World Cup, this documentary tells how the Azzurri rebounded to win the prestigious 2020 Euro Championship with a mix of youth and experience. Available on Netflix

This documentary shows Nicolas Anelka’s side of the story after being expelled from the French National Team for comments towards his coach. Available on Netflix.

This comedy series took the world by storm upon the release of season one in August 2020. Jason Sudeikis stars as Ted Lasso, who is a college football coach hired as the head coach of struggling English soccer team AFC Richmond. Lasso is full of hope and optimism, but also silly and dumb. Hiring Lasso is the owner’s attempt to run the club into the ground out of spite for her ex-husband, who lived and breathed AFC Richmond.

After a wildly successful season one, season two was released in the summer of 2021 with season three to be released in August 2022.

Sunderland ‘Til I Die

This documentary series goes behind the scenes to explore Sunderland AFC, an English soccer club that has faced major struggles in recent years. From the 1890s through the 1930s Sunderland was one of England’s top clubs. As they close in on a 90-year drought without a league title, Sunderland’s modern struggles to return to the top league have been a great challenge to the community in northeast England.

This docuseries goes behind the scenes to explore some of the world’s greatest soccer teams, such as Manchester City; Tottenham; Brazil Men’s National Team; Bayern Munich; Juventus; and Arsenal.

This series goes inside the locker room to feature some of soccer’s most interesting coaching personalities like Pep Guardiola and Jose Mourinho and showcase some of the world’s greatest players like Cristiano Ronaldo and Robert Lewandowski.

This series provides thought and insight from players and journalists on the eight nations that have won soccer’s most coveted prize: the World Cup. The series tells how they won it and the team’s legacy today.

This drama miniseries shows how the game of soccer developed in the late 1800s in England. With six episodes, the series shows the development of the rivalry between England’s working and wealthy classes.

Don’t miss these classics either.

This series showcases what makes soccer so special by bringing people together and providing opportunities for so many. Available on Amazon Prime Video.

This documentary series provides insight into one of Italy’s greatest clubs, Juventus, which dominates the Italian league and is consistently among the best in Europe. Available on Netflix.

One of the world’s greatest players of all time had great struggles alongside his fame. His unique persona is showcased with one of his final jobs as a head coach in Mexico. Available on Netflix.

You are on our Best Soccer Movies and TV Shows page.