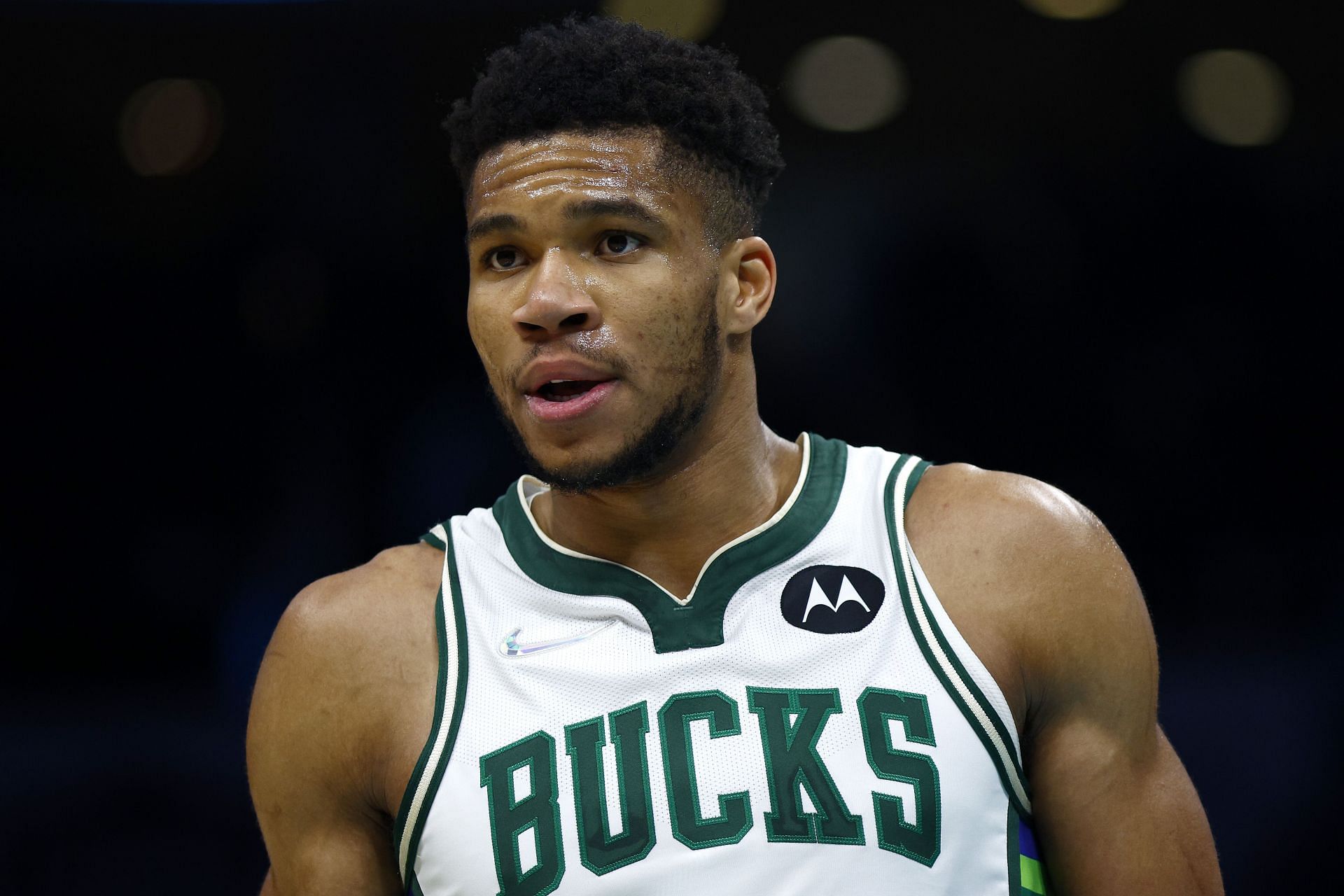 The entire Fiserv Forum crowd in Milwaukee was in awe of Giannis Antetokounmpo‘s performance in a 118-99 romp over the Golden State Warriors on Thursday night.

The two-time MVP recorded a 30-point triple-double to lead the Milwaukee Bucks. He led both his team and the Warriors in four of five categories – in points, rebounds (12), assists (11) and blocks (three). He played 30 minutes.

Antetokounmpo became the first player in NBA history to post multiple triple-doubles in under 30 minutes of game play. His first time occurred in the Bucks’ opening game of the 2019-20 season against the Houston Rockets: 30 points, 13 rebounds and 11 assists in 28 minutes and 10 seconds.

In reacting to his feat and the win, Antetokounmpo tweeted his excitement:

The Milwaukee Bucks came into the game against the Golden State Warriors after two losses at the Charlotte Hornets in back-to-back games. They needed a win to break the skid, and they secured one for the history books.

The Warriors and the Bucks met for the first time this season. Milwaukee led Golden State, which played without injured forward Draymond Green, by 39 points at halftime.

Giannis is the first player in NBA history to record multiple 30-point triple-doubles in less than 30 minutes of play.

Giannis Antetokounmpo (@Giannis_An34) went off for a 30 point triple-double..in under 30 mins played!

Although Steph Curry and the Warriors may have the league’s best defense, they could not overcome the absence of their best defender, Green. The Warriors didn’t seem to have it organized on offense, either. They registered more shooting attempts than the Bucks, but their conversion rate was low, as they only converted 33 of 95 shots, including 16 of 48 from beyond the arc.

The Bucks recorded 51.2 shooting accuracy, making 44 of 86 attempts. They shot 43.9% from 3-point range, netting 18 of 41 attempts. Antetokounmpo was responsible for 25% of the total points recorded by the defending champion Bucks.

Antetokounmpo, a two-time MVP, is averaging 28.5 points, 11.5 rebounds, 6.1 assists and 1.5 blocks per game this season. The five-time All-Star and four-time All-Defensive team selection is back in the MVP conversation with his leadership of the Bucks. Antetokounmpo turned 27 in December.