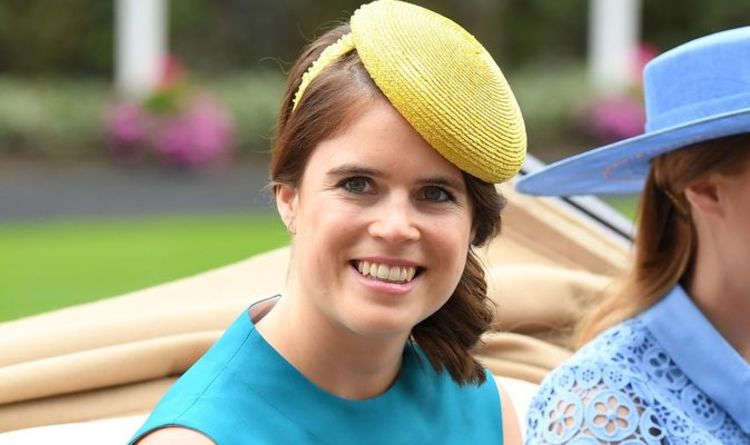 Speculation is high over whether Meghan Markle and Prince Harry will return to the UK this year for the Queen’s Platinum Jubilee with their children Archie and Lilibet. If the Duke and Duchess of Sussex do travel to Britain, they are likely to stay at their former home Frogmore Cottage – where Eugenie currently lives with husband Jack Brooksbank and their son August.

If Meghan and Harry do stay at Frogmore Cottage, August could meet Lili before Prince William and Kate’s children.

The Cambridges’ three children George, Charlotte and Louis have already met Archie, who was born before the Sussexes moved across the pond.

However, none of the royals have met Lilibet in person as she was born in California.

Harry and Meghan are living in Montecito after quitting royal duties in March 2020.

The Duke of Sussex has returned to Britain twice since moving to California – once for Prince Philip’s funeral last April and again for the unveiling of a Princess Diana statue in July 2020.

Speculation is high over whether Harry and Meghan will make an appearance in the UK this year for royal celebrations as the Queen celebrates 70 years on the throne.

Buckingham Palace last week unveiled the line-up of celebrations to mark the milestone.

Events take place throughout the year but are focused on a Bank Holiday weekend in June.

READ MORE: ‘Are you trying to get them killed?’ Sussex fans voice security fury

The Duke has filed a claim for a judicial review against a Home Office decision not to allow him to pay for police protection while in the UK.

The Sussexes personally fund a private protection team in the US.

But Harry argues “that security cannot replicate the necessary police protection needed whilst in the UK”.

A spokesperson for the Duke has said that, in the absence of what they consider to be the necessary protection, Harry and his family are “unable to return to his home”.

They insisted the UK “will always be Prince Harry’s home”, adding that it is “a country he wants his wife and children to be safe in”.

But they said: “With the lack of police protection, comes too great a personal risk.”