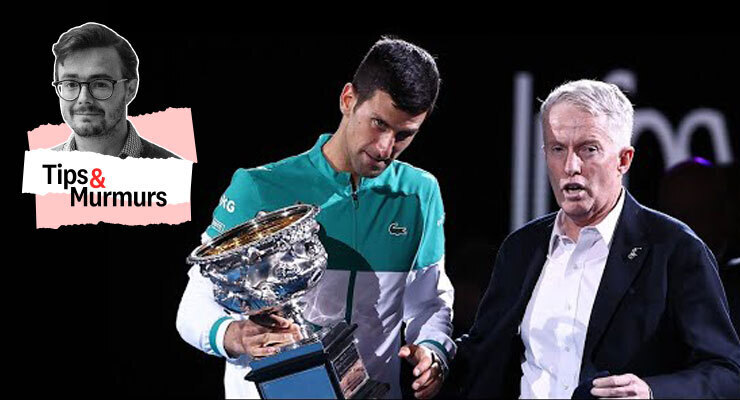 Novak Djokovic has left the country but the stink lingers. Read about that and more from Crikey’s bunker.

Goin’ Locco Apart from anything else, it’s genuinely refreshing to be able to start an item with “something cooked happened on Sam Newman’s podcast” and then be able to describe it without mentioning Newman again. Former Brighton mayor and “Melbourne identity” John Locco has made a series of claims regarding Tennis Australia’s treatment of Novak Djokovic; including that TA filled out all visa documents for players, officials and teams, that Djokovic “did not know” what they wrote on his documents, and that TA paid for Djokovic’s flight from Dubai to Melbourne as well as a house in Melbourne, which he “did not use”.

And while Locco defends Craig Tiley, it seems hard to believe that the Tennis Australia head, who hasn’t been seen since Thursday, or someone from the board won’t either quit or be taken behind the shed and, in Joe Aston’s immortal phrasing, treated to a “hearty breakfast of shotgun muzzle”. TA has declined to comment on Locco’s claims.

Internationalist As ever, it seems the Morrison government occupies a different reality to the rest of us. It wants to throw the doors open, trying to coax 150,000 students and 23,500 backpackers into the country to temporarily do the jobs in industries facing major worker shortages by offering a visa fee refund. It’ll cost roughly $55 million, and, like using kids to drive forklifts, is apparently preferable to conceding the utter balls-up over rapid antigen tests.