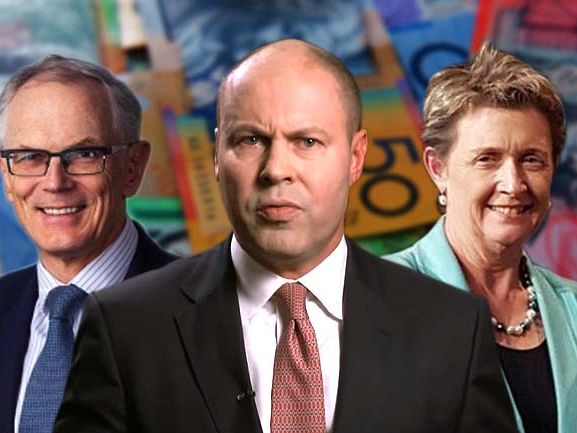 The Department of Finance was warned by one of its own staffers that waiving a $41,000 debt owed by a senior official was likely illegal but it fully waived the debt anyway.

The Finance staffer provided written advice that waiving the $41,073 debt – owed by Chris Jose of the nation’s media regulator, the Australian Communications and Media Authority (ACMA) – would ‘not be consistent’ with either the law ‘or the current approaches to such matters’.

The Department of Finance, headed by Finance Secretary, Coalition appointee Rosemary Huxtable, approved the waiver regardless.

The explosive revelations are contained in a 40-page report – marked ‘OFFICIAL: Sensitive Legal Privilege’ – that was completed last month by the Commonwealth Ombudsman, following a year-long secret investigation into the affair.

The staffer warned the Department of Finance in an official briefing dated 13 August 2020 that there was a ‘legal obligation on the Commonwealth to recover overpayments’ and warned Finance against waiving the debt.

‘There are many examples of debts arising from Agency error not being waived, including APS staff debts, taxation debts [and] Centrelink benefit overpayments.

There is no reason in this case that justifies why a statutory office holder should be treated differently.

I recommend you do not authorise this waiver.’

The internal briefing was supplied to senior Finance officials on 13 August 2020.

That same day, Finance wrote a letter to the Department of Treasury saying it had authorised the full waiving of the Jose debt.

‘That letter did not set out the reasons for [Finance’s] decision.’

As revealed Tuesday, 53 illegal payments totalling $41,073 were made to Chris Jose, a top official at the ACMA.

As well as receiving his full-time salary at ACMA – for two years, from May 2018 to April 2020 – Jose had also been illegally receiving a salary for his part-time role as a councillor of the National Competition Council (NCC).

The Commonwealth Ombudsman’s report into the Jose scandal, of which a copy has been obtained, is marked: ‘OFFICIAL: Sensitive Legal Privilege’.

It reveals that despite the NCC payments to Jose being clearly illegal and in breach of the Remuneration Tribunal Act, rather than recovering the debt, top government officials across at least five federal agencies went to great lengths, at extensive taxpayer cost, to allow Jose to keep the money.

The Finance staffer’s briefing to Finance officials regarding the proposed Jose debt waiver is extremely damning.

The name of the staffer has been redacted from the Ombudsman’s report, but is identified as a ‘Claims Officer within Finance’.

The staffer briefed senior Finance officials that issuing a waiver would neither be consistent with the law nor with standard government procedure.

Yet more corruption by Scott. This money must IMMEDIATELY be paid back by Chris Jose. It’s not his money, it’s Australia’s. Yet another case for #FederalICAC #Auspol #ScottyThePathologicalLiar https://t.co/CGc3FeIPvU

‘I do not consider that waiver based on the information currently available would be consistent with RMG 401 framework or the current approach to such matters.’

The staffer further warned that the submission seeking the waiver of the Jose debt – which came from the Department of Treasury – contained serious “gaps”.

‘No information is provided about either debt management options and whether they may be more appropriate,’ the staffer briefed Finance Officials.

‘RMG 401 guides that the existence of other debt management arrangements and whether they would be more appropriate must be considered.

The aspect is not addressed in the treasury submission.’

‘I have attached a decision letter for your use should you be minded to waive the [debt].

However… I recommend that you not authorise this waiver.’

The Commonwealth Ombudsman’s report states that that same day, ‘in a letter dated 13 August 2020’, Finance wrote to Treasury informing it that it had authorised the waiver, of $41,073.06.

🚨EXCLUSIVE🚨The Federal Government has told the Ombudsman there was “no legal requirement” to document ACMA boss $41k debt waiver. Remarkably, says no records made when debts are waived – only when they’re not. Plus we reveal who authorised the waiver 👇https://t.co/ZBoyTO0xKR