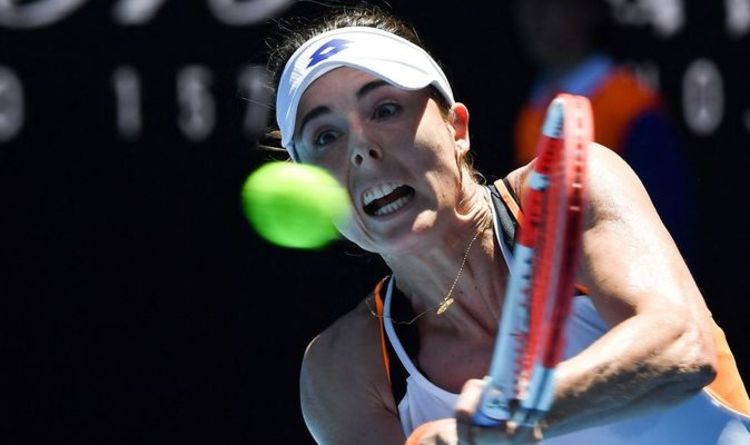 The French tennis player came from one set and two breaks down to win 4-6 6-4 6-2 over 29th seed Tamara Zidansek. Zidansek won the opening set and while Cornet lined up to serve at 4-4 in the second, the umpire decided she had taken too long as the Frenchwoman tried to adjust to the angle of the sun.

However, Cornet didn’t agree. She was easily in position and was quick enough to beat the 25-second shot clock.

Expressing her disagreement, she said: “This is insane,” before asking “What is your problem with me?”

Cornet then marched from the baseline to the chair and gave the umpire a piece of her mind.

She blasted saying: “Don’t say anything to me, just listen.”

The commentators debated the incident, with one saying Cornet was in the right.

Another commentator said: “She’s totally lost the plot at the chair umpire.

“But she’s (the chair umpire) done it with both players.”

The crowd promptly began singing happy birthday and Cornet celebrated in style, conducting her choir with a wide smile.

Cornet had just finished thanking the fans for their part in her comeback victory.