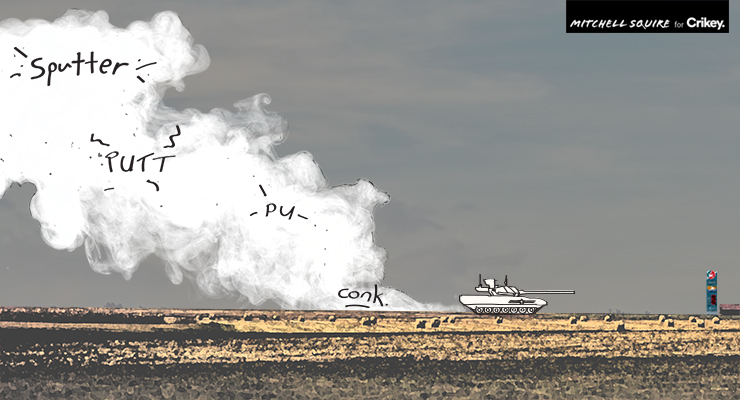 Want to cut the revenue of Vladimir Putin and other international pariahs? We could start by speeding up our adoption of electric vehicles.

With Russia’s invasion of Ukraine keeping oil prices above $90 a barrel, up nearly 10% in the past month and 20% over the past three months, petrol prices will continue to be a big factor in inflation in Australia — and continue to force real wages down for households.

It also means continuing strong revenue for the regime of Russian President Vladimir Putin, despite international sanctions. In 2021 Russian oil and gas revenue exceeded forecasts by 50%, reaching US$120 billion. It’s also a key part of the revenue of some of the world’s other human rights abusers and mass murderers — the Iranian government and the Saudi regime.

As the Australian Bureau of Statistics noted last year, “automotive fuel is one of the most volatile series measured in the CPI”. It traditionally accounts for between 2% and 5% of the Consumer Price Index. Inflation induced by higher oil prices puts pressure on central banks to tighten monetary policy — despite the fact that oil prices, particularly when they rise due to geopolitical tensions, aren’t responsive to higher interest rates except by the extent to which they smother the economy, cut growth and stifle activity and employment.