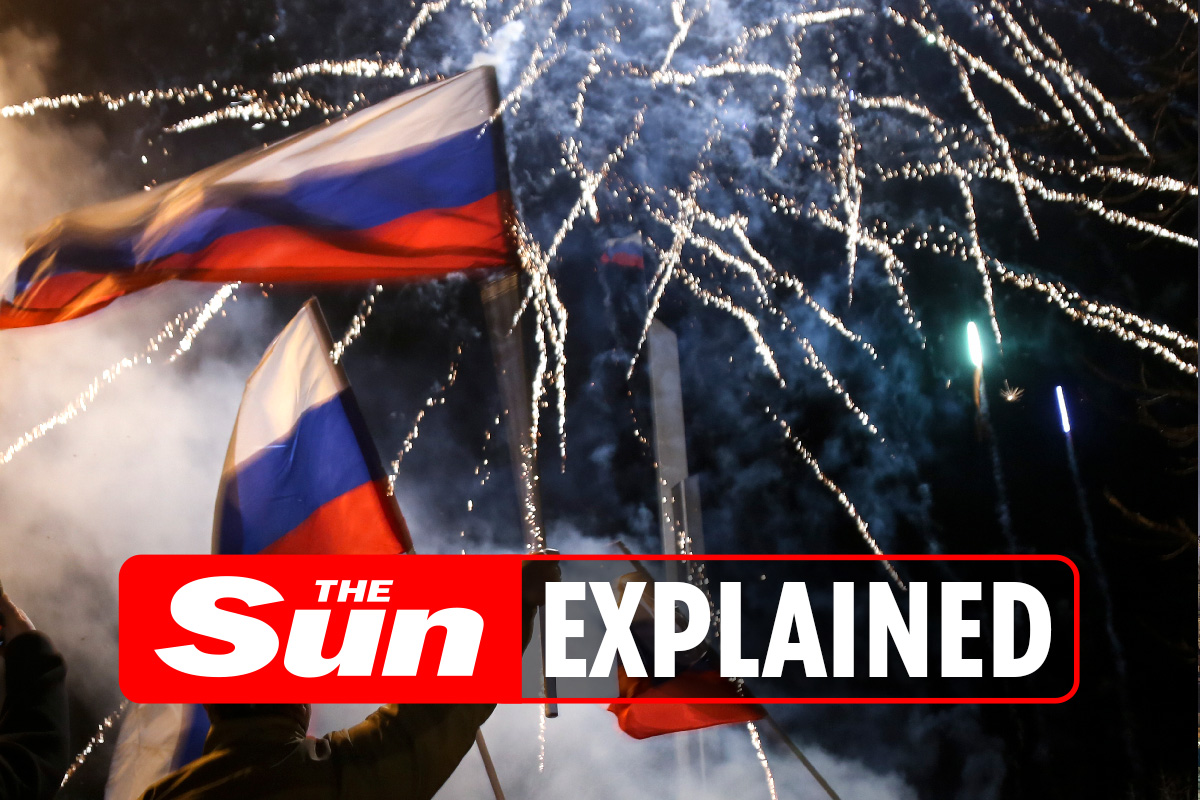 RUSSIA has begun its “invasion” into Ukraine, Sajid Javid has said.

It comes as Vladimir Putin issued a decree recognising two regions of pro-Russia regions in Ukraine as independent.

What parts has Russia invaded in Ukraine?

The latest developments come as Russian president recognised the two breakaway areas of Donetsk and Luhansk as independent.

And after months of military build-up on the border with Ukraine, Vladimir Putin then ordered his forces to enter the Donbas region.

His order said that the troops have been sent in to “perform peacekeeping functions” in the territory, which is occupied by two separatist groups – but leaders including Health Secretary Sajid Javid have called it an invasion.

Russia has also sent troops into Belarus, a close ally, saying the deployment was part of joint military drills.

How many Russian troops are positioned in Ukraine?

190,000 Russian troops have been amassing on the eastern border with Ukraine.

Along with the ground troops, Russian fighter jets have started air patrols and its S-400 air defence system has been deployed close to the Belarus-Ukraine border.

Russia is also expected to launch naval exercises in the coming days in the Black Sea and the Sea of Azov.

As with the troop exercises, Western experts believe this is just a cover to position even more military might around Ukraine.

Why has Russia invaded Ukraine?

Unrest in the Donbas region began in 2014 after the Russian annexation of Crimea.

Pro-Russian demonstrations escalated into fighting with the Ukraine government forces.

The Minsk agreement of 2015 – between the separatist leaders, Ukraine, Russia, France and Germany – sought to end fighting in the region but without success.

The much feared Russian advance began in the early hours, soon after Putin announced he recognised Luhansk and Donetsk as independent states in a bombastic TV address.

Joe Biden and Boris Johnson condemned the move as an “invasion” and slapped sanctions on Russian banks and Putin’s billionaire cronies.