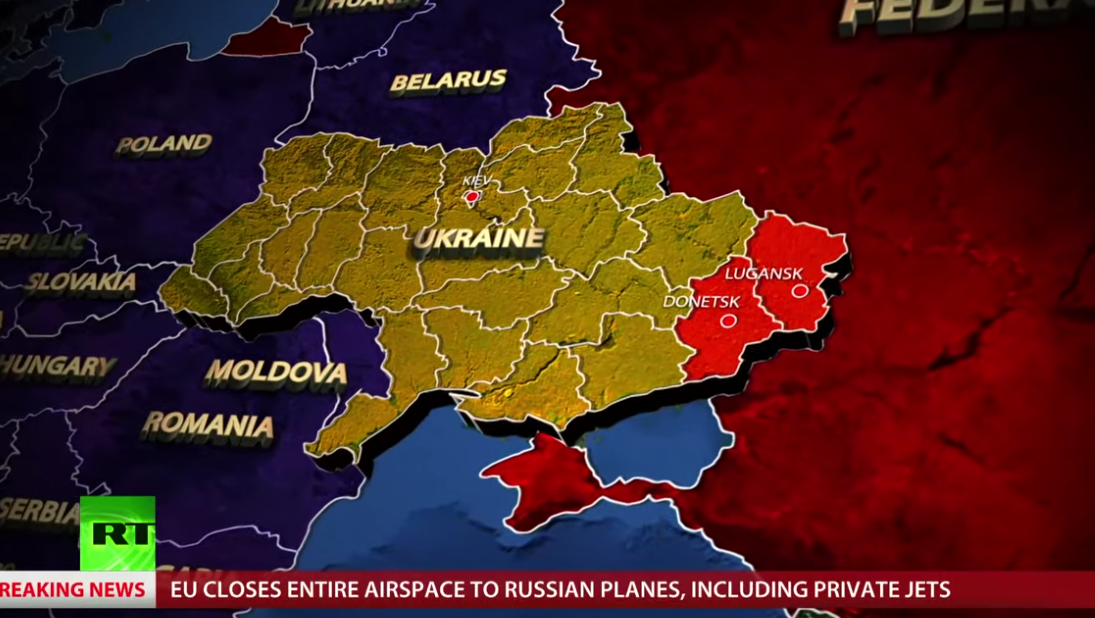 Charlie Lewis didn’t turn off Russia Today, the ‘news outlet’ funded backed by the Russian government, for 24 hours. The results were eye-opening, to say the least.

Russia Today (aka RT), the English language outlet funded by the Russian government, like all the tendrils that links Russia to the wider world, is being targeted for sanctions. Foxtel and SBS have suspended the channel from their services, and British broadcast regulator OfCom is looking into a flurry of complaints against the station since Russia’s invasion of Ukraine. I spent the day watching RT America to find out what brought about this response.

First, the obvious stuff. It is transparently a propaganda outlet and the “news” is just as you’d expect — the talking points of the Russian political and military leadership, unquestioningly repeated. There are images of grateful Ukrainians waving at Russian tanks, or children clambering on them like playground equipment. The homes of “good, happy” family homes in Donbass destroyed but for one suspiciously intact family photo or children’s book. The veracity of the “de-Nazification” premise of the invasion is not debated. And it is all delivered with the same patina of straight, serious news.

Much of the commentary has a tang of put-upon self-pity, which also animates a lot of Trump-adjacent conservatism, and I can’t believe that’s got nothing to do with the sympathy between the two groups. Putin has, for the vast majority of his time in power, fostered a sense of humiliation and grievance in the Russian people — national glory sacrificed to foreign influence. No wonder Trump calls him a genius.

Read more about the world according to Russia Today…