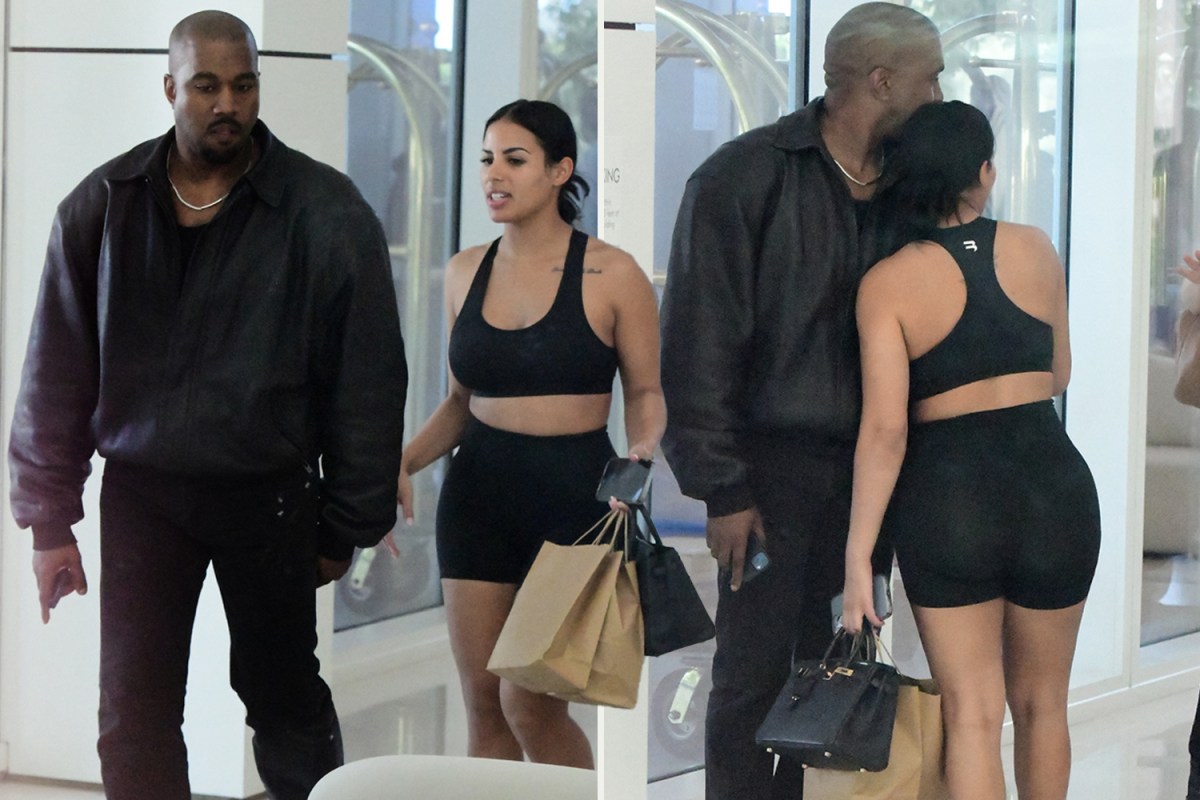 KANYE West has given his heart to new girlfriend Chaney Jones, effectively confirming their relationship.

And he did it in the simplest of ways.

On Tuesday, Ye and Chaney were snapped sharing a hug in their hotel lobby before heading upstairs after lunch in Miami.

The  COO of counseling company First State Behavioral Health looked like she was ready for the gym, wearing a black sports bra and tight bicycle shorts.

Ye shared the photos on his Instagram page, adding one emoji for the caption – a heart.

The Donda rapper shared the photo just hours before a judge finally granted Kim Kardashian’s request for a divorce, officially splitting the couple.

The Keeping Up With the Kardashians alum filed for divorce from the rapper in February 2021.

Kim attended the hearing on a video call, while Kanye was not present.

According to the outlet, Kanye’s lawyer did not object to restoring Kim’s single status.

However, the lawyer revealed Kanye had three conditions.

The judge granted the first condition, which was that “any right to get reimbursement of money was intended to be divided up will be preserved in case either of them dies.”

The second condition – which the judge rejected – was that the reality star would not transfer any assets she had in trust.

Additionally, if Kim remarries Kanye wants her to waive the “marital privilege”- meaning that a new spouse would not have to testify about communications he had with her.

Meanwhile, it seems Kim is no fan of Chaney, and finds it bizarre that her ex continues to date women who resemble the SKIMS founder.

Kanye, 44, and Chaney, 24, were first linked last month and were spotted enjoying their splashy Miami getaway after the rapper’s Donda 2 concert there.

A source told HollywoodLife that while Kim is confused by her ex’s decision to constantly find lookalike girlfriends, she’s ultimately “relieved” that he has people taking his focus away from her.

Kim, who has since moved on with her comedian boyfriend Pete Davidson, filed for divorce from Kanye last February and has been begging Ye to stop delaying it from being finalized.

Of the rapper now spending time with another new lookalike girlfriend, the insider said: “Kim has seen photos of Chaney and she thinks that Chaney should just be herself and not try to imitate her.

“But, if that is what Chaney wants to do to get the attention she is seeking, or win over Kanye, so be it.

“Kim’s focus right now is herself, her children, and her relationship with Pete.”

Another insider said Kim is “flattered” that Chaney has copied many of her fashion looks, from the revealing black ensembles to the unique sunglasses.

The source continued: “Kim knows that she’s considered a fashion icon, so the fact that so many women, including Chaney, try to emulate her is really quite flattering to Kim.

“Does Kim think it’s a little peculiar that Kanye has dated a few women now that resemble her? Yeah, she does.

“Most women in Kim’s situation would probably feel the same way.

“But as far as her feelings go, Kim doesn’t have the time or energy to concern herself with who Kanye is spending time with.”