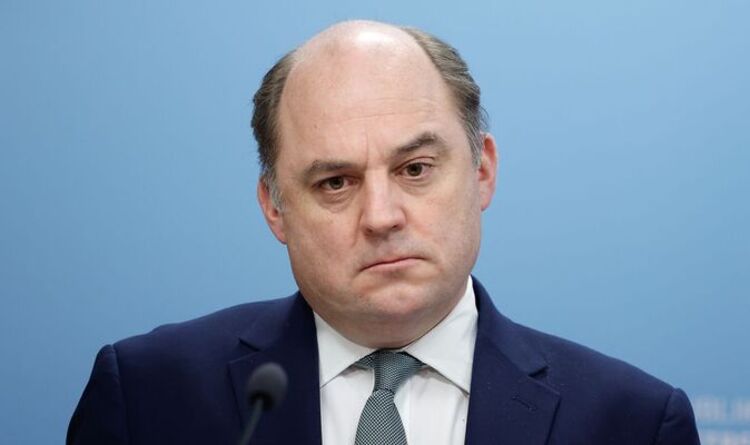 He said: “There’s been a lot of no-fly zone suggestions, and no one seems to actually analyse what ‘no-fly zone’ means and what it would mean for Ukrainian armed forces.

“The Ukrainian armed forces are outnumbered on the ground massively by Russian armour and Russian army.

“One of the few weapons they have against the soldiers on the ground and forces like those big armoured columns is the ability to fly their fast jets and to use [drones] to strike logistical chains and air defences.

“If you have a no-fly zone, it will favour the force with the massive armed forces which will be Russia because they will be able to carry on regardless.

“They also have lots of long-range missiles so they can substitute air attacks with missile attacks.”
Mr Wallace reiterated Britain’s preferred strategy to arm the Ukrainian military which includes giving them drones and anti-tank weapons.
He also added that he was cautiously optimistic about Ukraine’s prospects in the war due to low morale among Russian troops.
The comments come as Ukraine’s second largest city Kharkiv continues to be regularly struck with Russian missiles with four people reported killed.