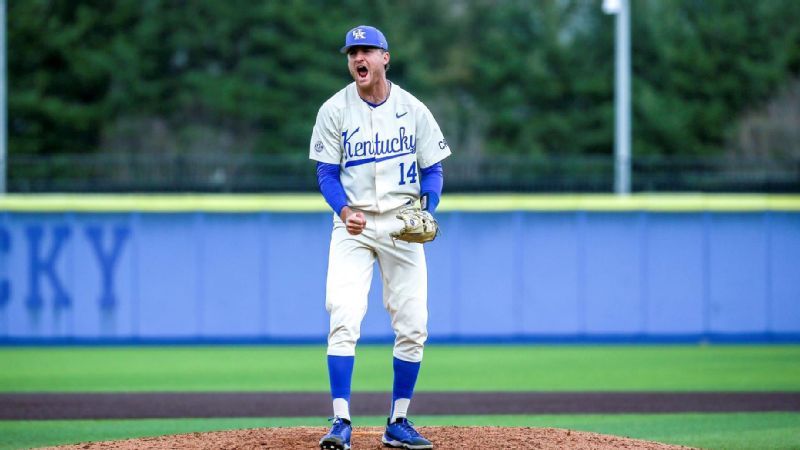 Lexington, KY — Kentucky rallied from a five-run deficit and earned its third win over a prime 15 foe with a 10-8 victory No. 14 Georgia on Saturday at Kentucky Proud Park. The groups face a collection rubber match on Sunday.

Junior Tyler Guilfoil closed the door within the ninth for his second save, sealing UK’s first Southeastern Conference win of the season. Senior Sean Harney picked up the win in reduction of Darren Williams.

The Wildcats (16-8, 1-4) took a 1-0 lead within the first inning however noticed Georgia (18-5, 3-2) push throughout six unearned runs within the second after there have been two outs and the nine-hole hitter on the plate. But prefer it has all season, UK responded, chipped away and used a four-run fifth to take the lead for good.