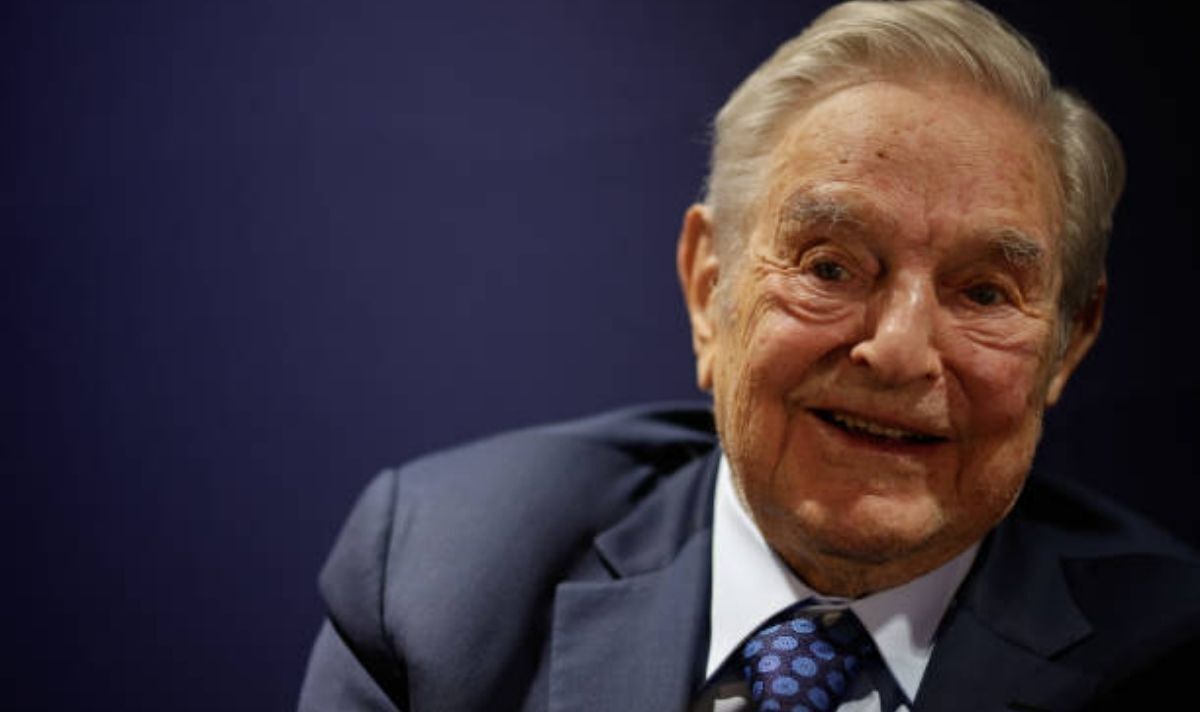 He made the controversial comment while speaking at the World Economic Forum in Davos this week.

Twitter user @Sasha_Etkind shared his statement: “Soros: While the war rages, the fight against climate change has to take second place. That could be the end of our civilization.

“We must mobilise all our resources to bring the war to an early end. The only way to preserve our civilization is to defeat Putin as soon as possible.”

His point of view was countered by Twitter user @cymzt, who wrote: “Disagree. It is our dependence on hydrocarbon-based energy that is the reason that Russia exists in its present form to threaten Europe and the world.”

He then expanded on his point: “I don’t believe they are mutually exclusive. They are both critical.

“The Western world needs to support @Ukraine in every way possible, and at the same work harder than ever toward an energy future based on renewables and modern nuclear power.”

While @JustmeAnybody tweeted: “The war will actually make the world move away from oil and Putin faster.”

During his speech Mr Soros admitted that he found the possibility of irreversible climate change “particularly frightening”, which heightened the need to defeat Putin as quickly as possible.

However he didn’t draw back from the menace that local weather change nonetheless poses to the world, saying: “The experts tell us that we have already fallen far behind, and climate change is on the verge of becoming irreversible. That could be the end of our civilization.

“Most of us accept the idea that we must eventually die, but we take it for granted that our civilization will survive.

“Therefore, we must mobilise all our resources to bring the war to an early end.

“The best and perhaps only way to preserve our civilization is to defeat [Russian President Vladimir] Putin. That’s the bottom line.”