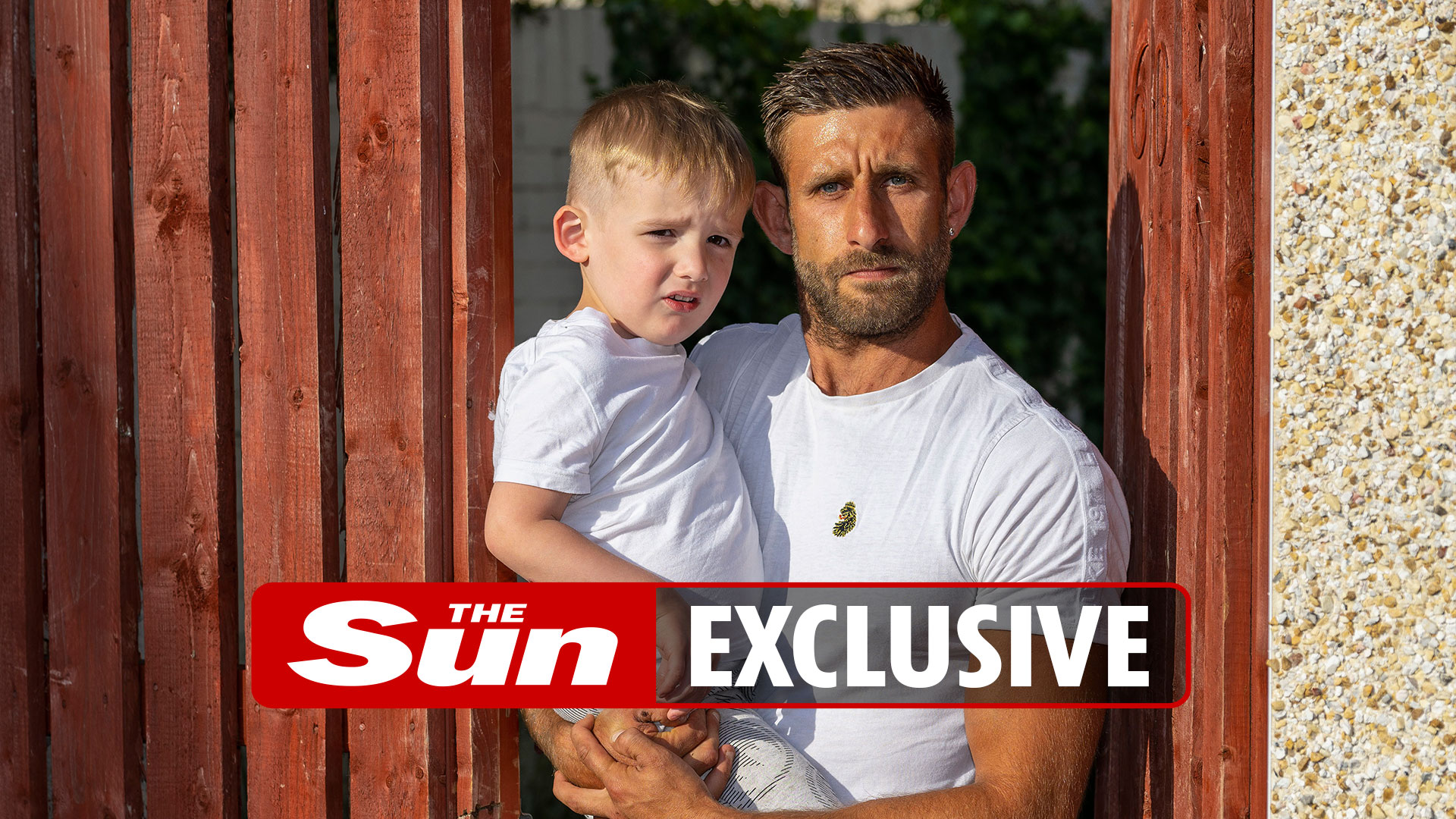 A TODDLER suffered a black eye when he was hit in the face by a ­parcel thrown by an Amazon delivery driver.

Little Theo Paterson-Washington, three, burst into tears when the package stuck him as he played in the garden.

It had been hurled over a 6ft garden fence by the courier before landing on the tot.

Stepdad Mitchell Sellers, 31, rushed over to find Theo bleeding from a puffed-up wound.

“All I saw was something in the air come flying down and hit my boy in the eye.

“He was screaming and crying his eyes out. It had almost instantly gone puffy and turned black and there was a big scratch where it had struck him.

“I couldn’t believe it. I was absolutely furious.

“But by the time we had calmed him down, the driver had vanished in the van. They must have heard the screams.”

Father-of-three Mitchell managed to stop the blood and tears without the need for a doctor or hospital treatment.

The landscape gardener then rang Amazon to complain and the online retail giant’s investigations team apologised for the incident in Caerphilly, South Wales, last Thursday.

Mitchell who lives with partner Leanne Paterson, 30, and stepsons Harvey, eight, and Noah, five, used to be a delivery driver himself for DPD.

He added: “I would never do something so irresponsible. If it happened to us, it could ­happen to anyone else’s child.

“And how many times have they done this before? It could have damaged Theo’s eye permanently.

“He’s got to go to nursery with that mark under his eye which doesn’t look good.”

An spokesman for Amazon said: “We have very high standards for the delivery service providers we work with and expect every package to be handled with care.

“We take these matters seriously and have investigated.

“We wish Theo a speedy recovery and we’re sending a gesture of goodwill too.”