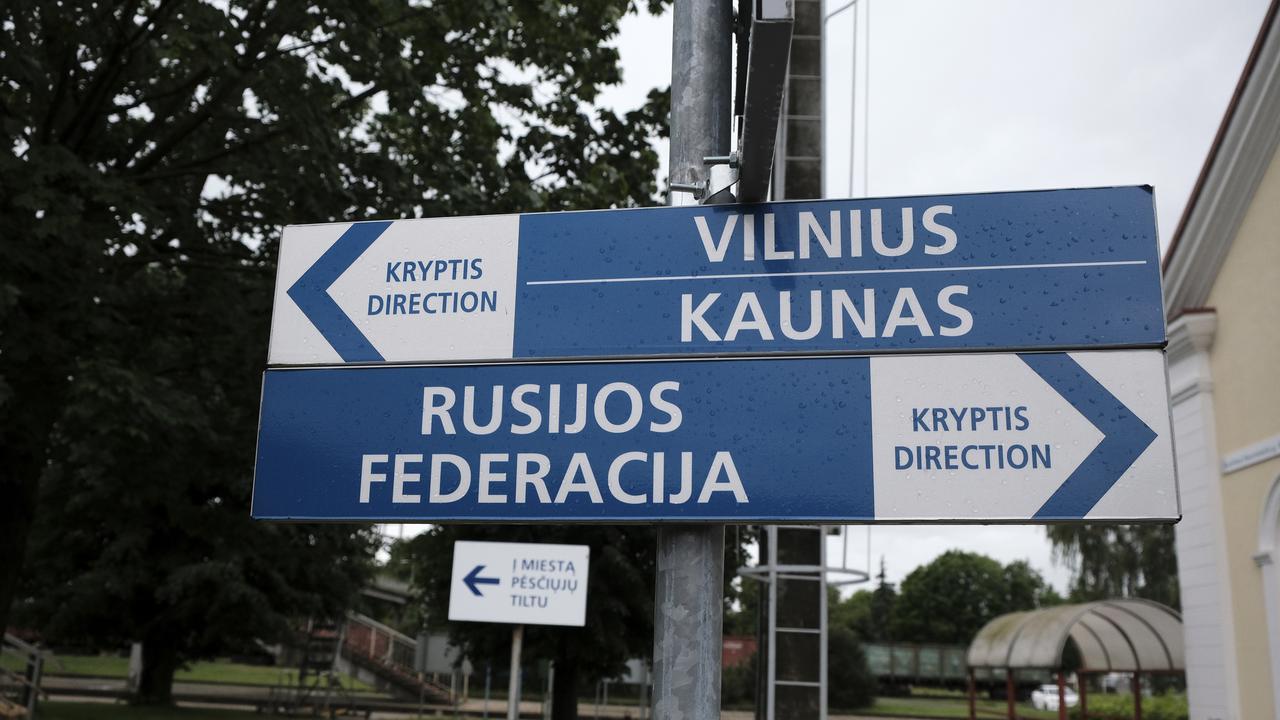 Russia has threatened to punish Lithuania with measures that would have a “serious negative impact” for blocking some shipments by rail to the country’s Baltic Sea enclave of Kaliningrad, the latest dispute over sanctions imposed over war in Ukraine.

Within Ukraine, Russian forces and their separatist proxies made further advances in the east, pushing towards Lysychansk, now Ukraine’s main bastion in the area of heaviest fighting in the eastern Donbas region that Russia claims for the separatists.

Ukraine, its forces and weaponry dwarfed by Russia’s, has begged its allies to send more and better artillery.

Invest in the journalism that made a difference.

German Economy Minister Robert Habeck said the diminished flows amounted to an economic attack on Germany that “cannot be allowed to succeed”.

Diplomatic attention has turned towards Russia’s Kaliningrad enclave, a Baltic Sea port and surrounding countryside where nearly a million Russians live, connected to the rest of Russia by a rail link through European Union and NATO member Lithuania.

Lithuania has shut the route for transport of steel and other ferrous metals, which it says it is required to do under EU sanctions that took effect on Saturday.

Russian officials say other basic goods have been blocked too.

Nikolai Patrushev, secretary of Russia’s Security Council, visited the enclave on Tuesday to chair a security meeting there.

He said Lithuania’s actions showed that Russia could not trust the EU, which he said had broken written agreements over Kaliningrad.

“Russia will certainly respond to such hostile actions,” Patrushev was quoted as saying by state news agency RIA.

“Appropriate measures” were being worked out and “their consequences will have a serious negative impact on the population of Lithuania,” he said without elaborating.

Lithuanian Prime Minister Ingrida Simonyte said it was “ironic” to hear Russia complain about alleged violations of international law, given that it had violated “possibly every single international treaty”.

EU spokesman Peter Stano said Ederer asked the Russian officials at the meeting “to refrain from escalatory steps and rhetoric”.

The stand-off creates a new source of confrontation in the Baltic, a region already set for a security overhaul that would hem in Russia’s sea power as Sweden and Finland apply to join NATO and put nearly the entire coast in alliance territory.

The EU sought to deflect responsibility from Lithuania, saying the policy was collective action by the bloc.

In a symbolic but morale-boosting decision, Ukraine is set to become an official candidate for EU membership on Thursday, diplomats said.

US Attorney General Merrick Garland became the latest international dignitary to visit Ukraine, affirming on Tuesday a US commitment to identify, arrest and prosecute those involved in war crimes during Russia’s invasion.

Russia has made slow progress in the Donbas since April at the cost of thousands of soldiers’ lives on both sides.

But Ukrainian troops – and an estimated 500 civilians – are still holding out at a chemical plant in the east bank city of Sievierodonetsk, despite weeks of heavy bombardment.

The governor of Luhansk province, Serhiy Gaidai, confirmed that Toshkivka, a settlement on the west bank further south, had fallen into Russian hands.

This could boost Russia’s hopes of cutting off Lysychansk from Ukrainian-held territory.

Rodion Miroshnik, ambassador to Russia of the separatist self-styled Luhansk People’s Republic, said forces were “moving from the south towards Lysychansk” with firefights erupting in a number of towns.

“The hours to come should bring considerable changes to the balance of forces in the area,” he said on Telegram.

Ukraine’s general staff said Russian forces had captured several other settlements to the south of Lysychansk.

Separately, police in Kharkiv, Ukraine’s second biggest city located in the north near the border with Russia, said five people were killed and 11 injured on Tuesday when Russian rockets struck an industrial building.

Meanwhile Russia’s defence ministry said its missiles had hit an airfield near the port of Odesa in response to a Ukrainian attack on gas production platforms in the Black Sea.

Reuters could not independently verify either report.

Save this EOFY while you make a difference

Australia has spoken. We want more from the people in power and deserve a media that keeps them on their toes. And thank you, because it’s been made abundantly clear that at Crikey we’re on the right track.

We’ve pushed our journalism as far as we could go. And that’s only been possible with reader support. Thank you. And if you haven’t yet subscribed, this is your time to join tens of thousands of Crikey members to take the plunge.